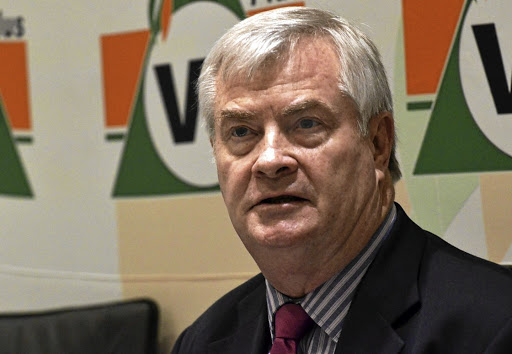 FF+ leader Pieter Groenewald says every South African will be affected by the war in Ukraine as food and energy prices increase sharply.
Image: Supplied

Freedom Front Plus leader Pieter Groenewald has accused the ANC government of being Russia’s “useful idiot” over the party’s wishy-washy stance on the war in Ukraine.

Groenewald was speaking in parliament during a debate on the impact of the military operation by Russia in Ukraine.

Groenewald said the conflict would undoubtedly affect the lives of each and every South Africa citizen.

Among other things that would affect everyone, said Groenewald, was the inevitable surge in bread prices since SA imported a significant amount of wheat from Ukraine.

It was for this reason that the ANC government should abandon its fence-sitting position and take a stance to condemn the Russian Federation, he said.

“There should be no doubt that each and every person in South Africa is affected by the war. Already certain bakeries have announced that there will be a sharp increase in the price of bread,” said Groenewald.

“If you think it does not affect you as a citizen in South Africa, because you are far away, then you are misleading yourself.

“I want to say to the ANC that if you think that just because of the support in your struggle days, that you have to look and be in favour of your friend, you are failing the people of South Africa. A true friend will appreciate sharp criticism if they deserve it. The ANC must ask itself ... how does Russia see you, do they see you as a friend or as a useful idiot? That is the fact,” he said.

The sponsor of the debate, DA leader John Steenhuisen, also slammed the government for assuming a neutral stance.

This position by the governing party and its government, he said, amplified by SA’s abstention in the UN vote condemning Russia, was a sign of cowardice and siding with the oppressor, according to Steenhuisen.

“There are some who say this is not our war to be become involved in but that is simply not true. We may be 9,000km away but soon enough we will feel its effect in every single aspect of SA life,” said Steenhuisen. “When the oil price skyrockets, this will be our war too. When diesel become so expensive that Eskom can no longer run its turbines and when the lights go out and stay out, this will be our war too.

“When the spiralling cost of importing and transporting food is passed on to consumers who are already struggling to make ends meet and feed their families, this will be our war too.”

Once these become reality, there will be lawlessness and anarchy in the country as the people scramble to survive, warned Steenhuisen.

MPs weighed in on SA’s response to the Ukrainian invasion by Russia which has affected the global community for close to a month.
News
3 months ago

President Cyril Ramaphosa may not have plans to travel to Russia yet, but he will be engaging world leaders to explain why SA decided to abstain ...
News
3 months ago
Next Article