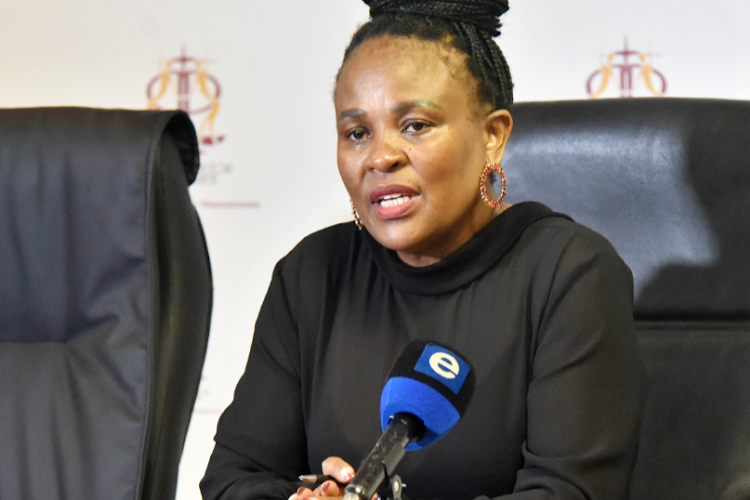 Two days after the Constitutional Court sent public protector Busisiwe Mkhwebane packing in an application to reverse, or rescind, its judgment against her, Mkhwebane has filed a second rescission application over a different judgment — asking the court to reverse the order that cleared the way for her impeachment.

Mkhwebane said the green light given by the ConCourt to parliament's impeachment process opened the public protector up to the possibility of being suspended “by the biased president, with the obvious far-reaching implications thereof to her rights and the public interest”.

The application was expected as she had informed parliament last month she would be making it. However, the papers were filed in court on Friday.

In her affidavit, Mkhwebane said the highest court's unanimous judgment contained “patent errors” and ambiguities. The interests of justice also justified a reversal of the judgment, she said.

This is the second rescission application she has made to the ConCourt asking it to reverse its own judgments. On Wednesday, the ConCourt unanimously rejected her application to rescind its judgment that set aside her CR17 report as unlawful. The ConCourt said she had not made out a case for rescission.

Public protector Busisiwe Mkhwebane has confirmed receiving a complaint that President Cyril Ramaphosa has allegedly breached the Executive Code of ...
News
6 months ago

The judgment Mkhwebane wants reversed now found that the rules for the impeachment of the heads of chapter 9 institutions were unconstitutional in one respect. But unlike the high court judgment before it, the ConCourt’s judgment did not affect parliament’s ability to press on with its process against Mkhwebane.

In Friday's application, Mkhwebane listed what she said were six “patent error[s] and or ambiguit[ies]” in the judgment. One of these was related to the ConCourt's reasoning on her argument that there was no empowering law authorising the appointment of a judge to an independent panel that, in terms of the rules, makes a preliminary determination on whether there is a case to answer. The court reasoned that the empowering law was the rules themselves.

But Mkhwebane said: “It is totally illogical and circuitous to cite the very rules under attack as the source of the disputed power. The power must reside either in statute, the common law or the constitution. It cannot be traced from any such source.”

Mkhwebane also took issue with the highest court's “failure to adjudicate” her claim that, not only were the rules unconstitutional but they were also liable to be reviewed and set aside for breaching the principle of legality.

“The reasoning of the court in respect of the issue of reviewability constitutes very serious constitutional irregularities of an extreme nature and degree,” said the application.

Mkhwebane said while the principle of finality in litigation was important, it could never be in the interests of justice to preserve an unjust outcome under the banner of protecting finality.

The application was not a disguised appeal, said Mkhwebane. But the order did not reflect the real intention of the court, she said.

Public protector Busisiwe Mkhwebane will now have to face the inquiry into her fitness to hold office after the Constitutional Court dismissed her ...
News
5 months ago

Mkhwebane pleads for ‘sanity to prevail’, but parliament says it will keep going with impeachment process

The parliamentary inquiry into public protector Busisiwe Mkhwebane’s fitness to hold office is going ahead despite her request to parliament to halt ...
News
5 months ago
Next Article