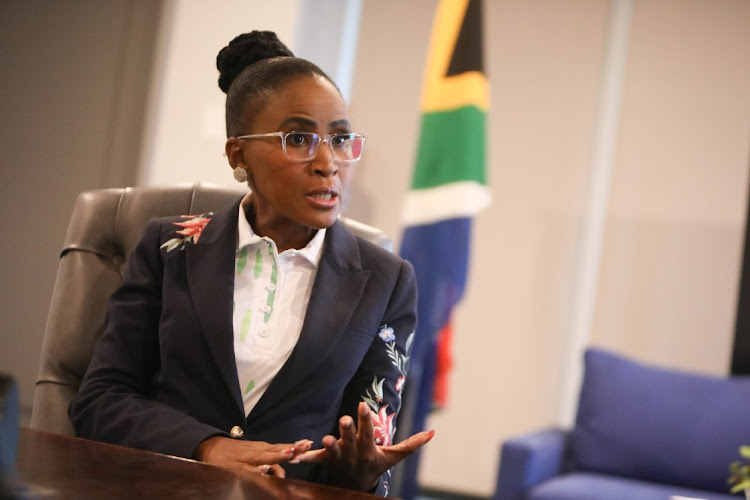 The South African National Civic Organisation (Sanco) has vowed that Joburg executive mayor Mpho Phalatse will never find peace until the reversal of a decision to review the permanent employment of 130 city employees.

The ANC-aligned Sanco has accused Phalatse of embarking on an offensive to purge black workers regarded as having ANC links.

This after it became apparent that the majority of employees facing the chop had their contracts turned from time-bound contracts to permanent ones under an ANC administration last year.

Some are known to be active ANC members and supporters who have done work for the party.

The city declared the appointments of the 130 as irregular and asked them to make representations as to why their employment should not be terminated.

Some of the employees claimed to have already been barred from entering city premises and had their work-sponsored electronic gadgets confiscated.

Opposition parties in the City of Johannesburg have accused the DA of wanting to remove “young black professionals to make space for whiteness”.
News
5 months ago

According to Sanco, the move by the city is nothing but a “purge of black professionals” it claims were hired permanently on merit, not because of political allegiance.

Sanco said it would embark on “mass action” on one of the city’ busiest roads — Beyers Naudé — on March 25 to put pressure on Phalatse by bringing the city to a standstill.

Should this not yield the intended objectives, said Sanco leaders, Phalatse will have Sanco members occupying every venue where she is due to make an address.

Furthermore, the civic organisation would lobby its bedfellows in council, ANC councillors, to ensure that Phalatse has no peace when making speeches within the Johannesburg council chambers.

“Being on the ground and meeting our structures also means we will be issuing an instruction that wherever this mayor goes, she must be followed by our structures and she must never address any resident in the city,” said Sanco Johannesburg regional spokesperson Simphiwe Hlafa.

“Our structures will be commanded to ensure that they follow her wherever she goes ... We are not talking violence and guns but we are talking about a revolution.”

The SA Municipal Workers’ Union (Samwu) also believes that the move by the city is illegal and should be reversed. It urged the affected employees to seek refuge in the union which was positioned to fight on their behalf.

“Workers should not feel tempted by the city’s offer of six months' payment to terminate their employment contracts. We do not need to remind these workers of the high levels of unemployment and the slim chances of getting employed,” Samwu said in a statement.

“As a representative of these workers, the city should have communicated with unions, especially when seeking to get the representation which they say they need from them.

“We urge all workers who have so far received these notices to contact the union to make a collective representation.”

A showdown is looming between the City of Johannesburg and 130 employees who were issued with notices to explain why the city should keep them on its ...
News
5 months ago

The DA-led coalition government in the City of Johannesburg has gone ahead and reversed a decision that saw more than 120 political support staff ...
News
5 months ago

In the space of six months, the City of Johannesburg has lost a staggering R2.7bn because of slow revenue collection.
News
5 months ago

PA councillor Ashley Sauls has been sworn in as the new public health and social development political head in the City of Johannesburg.
News
5 months ago
Next Article