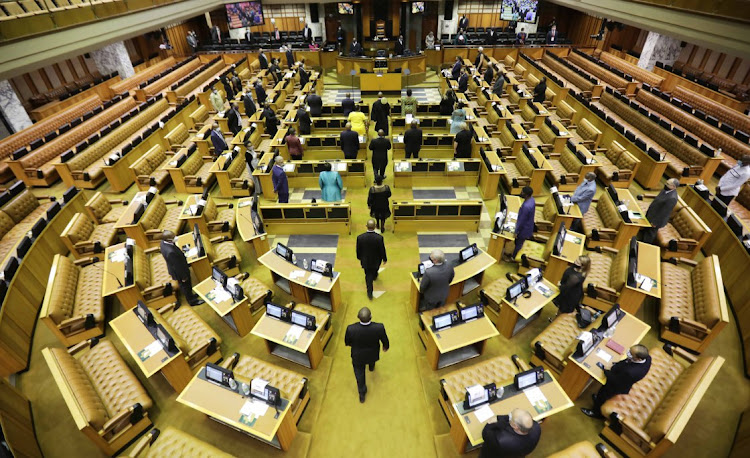 Politicians in the home affairs portfolio committee have slated independents who are in favour of forming associations, saying they should rather register political parties.

This comes after presentations to the committee by Abatsha Force of Change (AFC) and the Independent Candidates Association (ICA) on Wednesday morning.

The committee is hearing oral submissions on the Electoral Amendment Bill, which seeks to allow independent candidates to contest for seats in both provincial legislatures and the National Assembly.

Wednesday was the second day of the hearings. Both AFC and the ICA were critical of the advantage political parties will continue to have even post the new bill being made into law, citing the proportional representation system which will not benefit independent candidates.

ICA founder Michael Louis had gone as far as saying that even with the bill, independents would always get half the seats allocated in the National Assembly.

“It's largely unfair that one person, just because they are in a party, can appear on both lists [to contest for a seat either at the legislature or the National Assembly] yet independents who do not belong to a party cannot,” she said.

She criticised the rights given to political parties where they can rejig their lists and either kick out people on the list or place them in a lower position right after the elections.

ANC MP Kavilan Pillay was the first to criticise the independents. “In the presentation by [AFC] it was suggested that independents should form a collective and that you allocate seats in order of the independent that receives the most votes. What are we saying? Are we not going back to the status quo,” asked Pillay.

He said the existing Electoral Act allowed for the formation of parties and he would find  it difficult if independents were to form a collective.

But COPE president Mosiuoa Lekota disagreed. “It cannot be that when you have a number of people that have voted for you, you cannot call a meeting and talk to them or they cannot call you and demand accountability,” he said.

Lekota said the suggestion by his fellow MPs meant that independents would have no place in the constitution or in the legislation that was being developed.

Home affairs minister Aaron Motsoaledi has tabled a bill which may see independent candidates contest the 2024 provincial and national elections for ...
News
8 months ago
Next Article