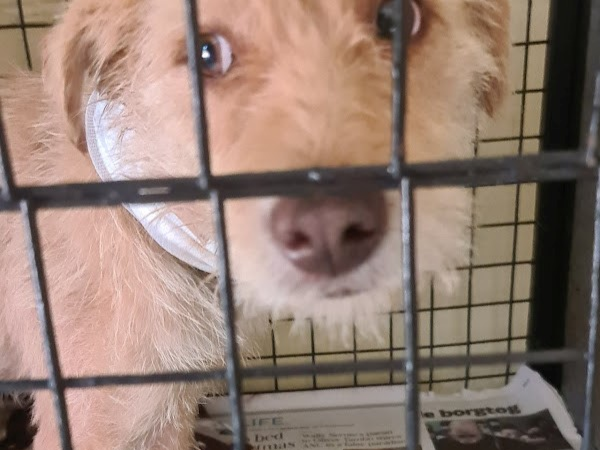 A frightened terrier rescued from an alley in Bramfischerville, Soweto with a chain embedded in its neck has found a happy home.

The terrified dog, who has been named Honey by her new owner Kylee Gordon, has recovered from her injuries, biliary and a bout of kennel cough, and is safely settled with her new family.

Cora Bailey of Community Led Animal Welfare (Claw) said the distress call came in via their Facebook page the day after Christmas.

“The home owner appealed to us for help when the dog, dragging a chain, entered his property. She wedged herself between two outbuildings and he was frightened to approach her,” said Bailey.

The Claw team went to rescue the frightened animal and found the chain had become embedded in her neck. And so they went about cleaning the dog, vaccinating and deworming her as they posted a note on their page to alert people they were keen to find a home for the distressed pooch. They posted a video of the rescue.

“I was at home scrolling on Facebook when I saw the video and it broke my heart,” said animal lover Kylee Gordon who responded immediately.

“I normally foster bottle babies and help re-home puppies,” said Gordon, who has links with several animal rescue organisations but had never worked with Claw before. She takes on puppies that are too small to eat and bottle feeds them until they are big enough to be adopted.

“I offered to foster this little one, but I think I already knew deep down that I would keep her,” Gordon said, adding that she left her Paulshof home and went to the Claw clinic on the West Rand. 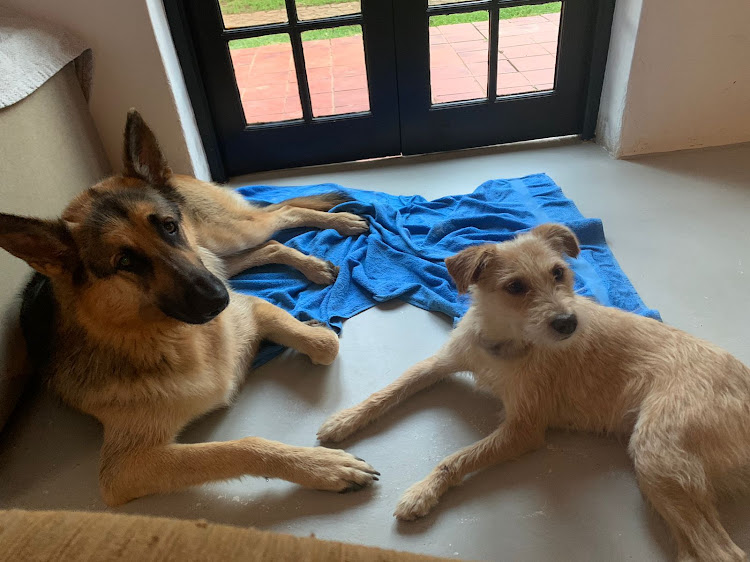 “She had such deep cuts that I would clean every day. Then she suddenly started going for me and our German Shepherd Tyson, and I knew something else was wrong.”

Honey got sick and was diagnosed with tick-bite fever and developed biliary and kennel cough. But after many trips to the vet, treatment, antibiotics, cortisone and good care, she started getting better.

“She was a bag of bones when we got her, but now she is full of beans. The holes in her neck have healed and all she wants to do is play. She has the sweetest nature,” said Gordon, adding that Honey is a solid and settled member of the family.

Bailey said she was grateful to the man who had called the information in and asked for help.

The dog was dropped off by his owner, who no longer wanted him. The SPCA took him in and gave him the name Oliver.
News
1 year ago

Thanks to the spectacular work of police dog Bessie, the Vredendal Crime Prevention Unit and the Klawer K9 Unit managed to seize a large amount of ...
News
8 months ago
Next Article