Dichochi Ramotlou, 17, to study mechanical engineering and vows to make his province proud 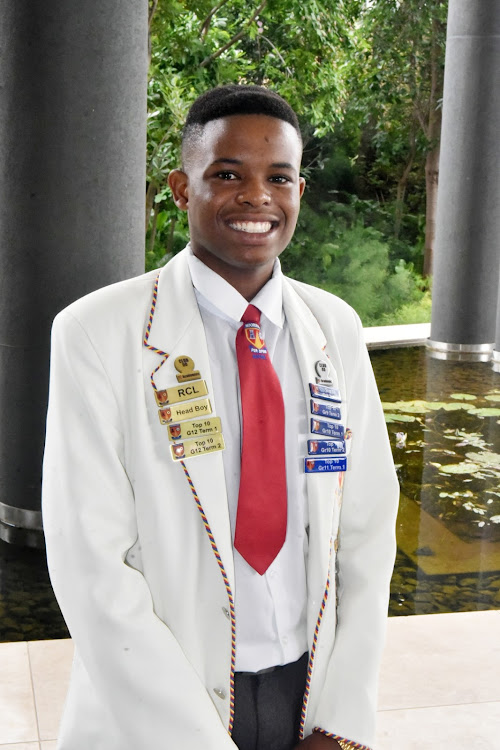 Limpopo's top three achievers have vowed to make the province proud as they head to different tertiary institutions to further their studies.

Dichochi Ramotlou, 17, from Hoerskool Noordeland in Polokwane who is the number one overall achiever in the province said he was delighted. He is going to study mechanical engineering at Wits University in Johannesburg.

"My hard work in which a spent sleepless nights has paid off and I'm going to make sure that I keep up the good work. It was not easy and I would like to take this opportunity and thank all the key role players in my studies, including my parents, teachers and members of the school governing body," he said.

His mother Mapula Matjutla heaped praises on him and described him as a bookworm.

"He is the first one in the family to make us this proud. I know he is intelligence but this was not enough as he had to work harder to complement his intelligence.

"We all know for pupils the past two years have been difficult because of the endless pandemic. He defeated all odds and produced magical results," she said.

Dichochi, Sibongile Sithole,18, and Delicia Davhana,18, were on Friday announced as the overall top performers.

Sibongile from Harry Oppenheimer Agricultural high school in Limburg, outside Mokopane, said she is going to study medicine at Wits University or the University of Cape Town.

"I chose medicine because on a daily basis, I see elderly people in rural villages struggling to access medicine. Whenever I got to hospital, I will see old people queuing hence I chose to join the profession and play my part," she said.

Sibongile said she would like to thank her parents for sending her to a boarding school.

"I'm happy that my parents made a good decision where I met educators who are hands on and were with me every step of the way," she said.

Delicia from Thohoyandou secondary is going to study computing and electrical engineering at the University of Cape Town.

"I'm excited that I did well and my message from the bottom of my heart to fellow pupils who didn't make it is they should try again this is not the end. Success is not defined by a single step," she said.

MEC for education Polly Boshielo presented the trio with awards and certificates of recognition .

The class of 2021 had the highest enrolment and the largest number of pupils sitting for the matric examinations, basic education director-general ...
News
3 months ago