'Universities will have to recalibrate their incomes': proposed tuition fee increase of 4.3%, accommodation 6.3% 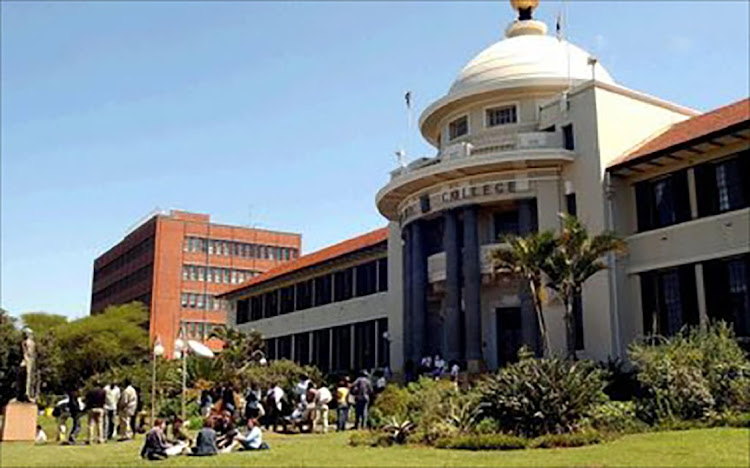 DD02032020 UKZN NSFAS will not be able to fund all needy and eligible students and 'this will lead to desperate students appealing to the university for assistance'. File photo.
Image: SowetanLIVE

Higher education minister Blade Nzimande has proposed that SA’s 26 universities increase tuition fees for this year by 4.3% and student accommodation by 6.3%.

Universities SA (USAf), the body representing the vice-chancellors, had asked for a 5% hike in tuition fees and 7% for hostel fees.

Confirming that the universities were informed of the increases this week, the CEO of USAf, Prof Ahmed Bawa, said they had assumed that the department had agreed with the figures of 5% and 7% that USAf had suggested during previous discussions.

“Universities will have to recalibrate their incomes for 2022 and this will increase the pressure on their finances for the year.”

Students whose family income is above R350,000 a year are likely to be hardest hit by the increases as they won’t qualify for a bursary from the National Student Financial Aid Scheme (NSFAS).

Bawa said that there was no national system in place to support students from families earning above R350,000.

“This is wholly unacceptable and there is a need for some kind of national solution to address this gap because it, too, has the potential to systematically exclude a significant proportion of our young people.”

Said Bawa: “It is antithetical to the purpose of universities in a society to exclude young people from studying because they cannot afford a higher education experience.”

The increase in tuition fees and accommodation costs come as the department of higher education scrambles to find more R10.1bn to cover the shortfall in funding to NSFAS this year.

Bawa said that ever since the new bursary scheme by NSFAS was announced in December 2017, they had raised concerns over the long-term sustainability of the programme.

“The scheme presents an extraordinary opportunity for students from poor and working class backgrounds but this means that the state must find a way to ensure it is a sustainable model of student funding, which is not the case at the moment.”

He said they did not know how the R10.1bn shortfall would be filled.

“Universities are facing a triple whammy in terms of income because of regulated increases in fee income, cuts in state funding and declines in private-sector funding.”

Bawa said it would be disastrous if the shortfall in the NSFAS funding was made up through another cut in funding to universities.

Chantel King, the DA’s shadow minister for higher education, said the existing NSFAS model “is clearly not up to the task of funding the increasing numbers of students, with the shortfall increasing from R6.8bn in 2021”.

She said Nzimande must account to the parliamentary portfolio committee on higher education on how he plans to fund the R10bn shortfall.

“He must give definitive answers to how sustainable is the current funding model.”

King said that recent years have highlighted how late funding decisions had led to unrest at institutions of higher learning.

“The extension of the NSFAS application deadline is creating unrealistic expectations for first-time students, and could lead to similar unrest we’ve seen in the past.”

Meanwhile, Normah Zondo, spokesperson for the University of KwaZulu-Natal, said it was likely that NSFAS may not be able to help all needy and eligible students and “this will lead to desperate students appealing to the university for assistance”.

She said the university had bursary partnerships with more than 150 sponsors from business, government and non-governmental organisations.

Elijah Moholola, spokesperson for the University of Cape Town, said it would make every effort to fundraise to help financially needy students “but under the current socioeconomic challenges the scale of the projected NSFAS funding shortfall places the need significantly above what the university is likely to raise”.

Gasant Abarder, spokesperson for the University of the Western Cape, said they would follow their normal registration processes and deal with funding matters case by case.

On average, students carrying debt upon graduation owe more than R30,000 each.
News
1 month ago

UCT has explained that the full curriculum of its online high school is available as an open education resource throughout SA, which means pupils ...
News
1 month ago
Next Article