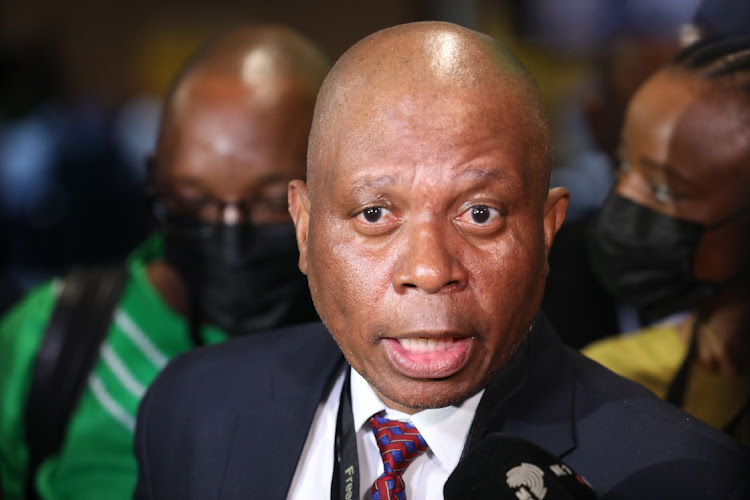 "We made you and we can break you!"

This was the warning given to ActionSA leaders in the Johannesburg council as a group of disgruntled members protested outside council chambers on Thursday.

The group of about 50 protesters are demanding to be included in council, alleging that party leader Herman Mashaba promised the group from Soweto would be considered first as council representatives for the party.

Some in the protest were wearing the party's T-shirts. The protest happened while the City of Joburg was having its first council meeting.

Mashaba was a no-show and instead, ActionSA Gauteng chair John Moodey and party caucus chair Funzi Ngobeni attempted to address the group but were given the boot.

ActionSA's Pinkie Meticoe from ward 31 in Orlando told the two they wanted relevant people to speak to and not them.

"The time to speak to you has passed and instead when we reached out, you terminated members of our party instead of terminating within leadership," Meticoe said.

After being told to leave, Ngobeni told the media no one would be coming out to address the group.

"There's no Mashaba coming out here. These are not ActionSA members. Those people were expelled from the party," he said

Following that, the group declared to meet its leadership in court and then left the scene.

Mashaba calls on government to shut down bogus schools

"No self-respecting country would allow such a situation to go unattended," says ActionSA leader Herman Mashaba.
News
6 days ago

Herman Mashaba's ActionSA has announced that its KwaZulu-Natal leader Makhosi Khoza will be “taking a step back”.
News
3 weeks ago
Next Article