Back-to-school blues in some parts of SA 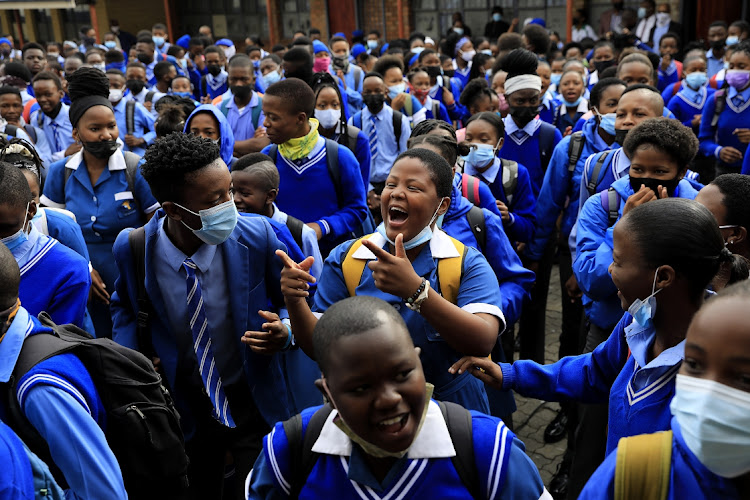 The first day of school on Wednesday was not a memorable one for almost 800 pupils in Mpumalanga who were forced to resume lessons in mobile classrooms instead of their new R46.2m school.

Citing safety concerns, the parent representatives on the governing body of Yinhle Lentfo Primary in Masoyi, Mpumalanga, refused to allow pupils to move into the new premises until dense bush bordering the property is cleared.

Clement Banele, chairperson of the governing body, said they expressed their concerns to the provincial education department in November.

At the time, Mpumalanga education department spokesperson Jasper Zwane said it would be safe to relocate the pupils to the new facility when schools reopened in January.

Banele said a decision was taken at a meeting of the governing body on Tuesday that pupils will only be allowed to move into the new buildings once the bush was cleared and a fence erected.

“Officials from public works and the department’s infrastructure section as well as the school’s management team will be meeting the governing body next Thursday.”

The department requested the principal to send photographs of the new school last Friday and she was informed that she must deal with the problem of the bush.

“She was told to use the education assistants and the general assistants to clear the bush and money from the school’s maintenance budget must be used.”

Banele said the school had limited resources and a bulldozer would be needed to clear the bush.

“We will meet parents after next Thursday’s meeting to hear their views on the matter.”

Zwane did not respond to media queries at the time of publication.

All Gauteng students will be placed by end of March: Lesufi

“Last year during this period we had almost 35,000 pupils unplaced. We managed to place them by the end of March,” he said.

“I want to assure parents that the 700 we need to place, as the department we are making a commitment to place them before the end of January.”

Parents preferred certain schools “and therefore we clog the system with those particular schools”.

“We are building beautiful schools in the townships, but there’s the mentality that the township is bad and the former Model C schools are good. The reality is there is no teacher that is trained differently.”

Lesufi said it was a struggle to change people’s mentality that “township education can be quality education”.

“It’s a huge task to change the mentality of people that want to apply at a certain school in town purely because they love the school uniform of that school.”

One of the school administration blocks that was damaged by fire is falling off brick by brick and poses a danger to pupils returning this morning.
News
4 days ago

When schools reopen for Eastern Cape pupils next Wednesday, tens of thousands will receive their stationery late because of budgetary constraints.

Thembani Mtyida, acting deputy director-general for institutional operations management in the Eastern Cape education department, said in a circular dated January 12 that schools were requested to use some of the stationery provided last year.

Textbooks will be delivered to all schools between March and May.

Mtyida said funds were made available for pupil and teacher support materials in December after steps to resolve the budget shortfall resulted in talks with the department of basic education and the provincial treasury.

“This meant procurement processes could only resume at this time with some of the key role players already winding up for the December vacation and hence the department was able to fully and effectively embark on the processes in January 2022.”

The available budget meant the department could not afford to provide all the textbooks requisitioned by schools.

Reacting to the textbook problem, Jaco Deacon, CEO of the Federation of Governing Bodies of SA Schools (Fedsas), said: “We condemn this poor planning and demand that there should be consequences for the leadership in the province. We cannot allow adults in senior, high-paid positions to gamble with the future of the pupils in the province.

“Where is the oversight from the provincial government and national department?

“How can you tell pupils they must return to school in January but will only get textbooks between March and May? It is unacceptable and the minister must intervene without delay.”

A school in the North West has been burgled and stripped yet again after being renovated more than five times due to vandalism at a cost of almost ...
News
6 days ago
Next Article