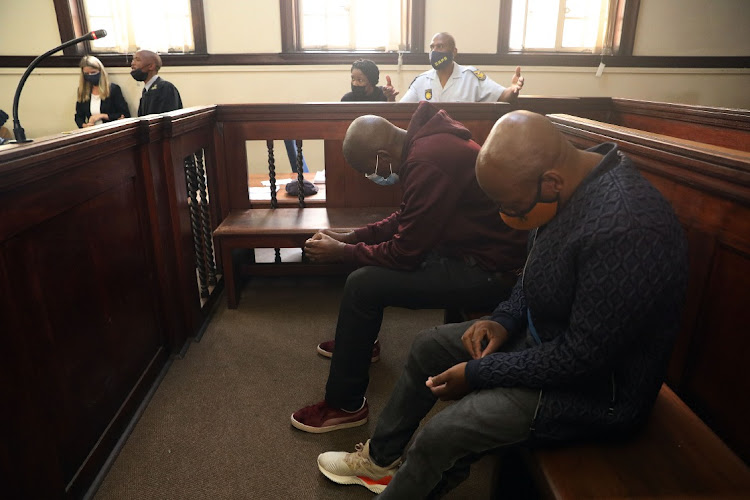 Fortune Kambule Ndlovu, 36, and Ayanda Kekana, 50, appeared at the Johannesburg magistrate’s court in connection with the kidnapping of an 11-year-old schoolgirl from a primary school in Mayfair, Johannesburg.
Image: Veli Nhlapo

The case of the two suspects arrested in connection with the kidnapping an 11-year-old girl from a primary school in Mayfair, Johannesburg has been postponed to February for further investigations.

The girl was found unharmed and reunited with her family on Tuesday.

Standing in the courtroom with their heads down for most of the time, there were no family or friends that could be seen in court to support the accused.

The pair is facing charges of kidnapping and extortion.

State prosecutor Adv Collen Majikijela asked the magistrate to postpone the matter so that Kekana, who is accused 2, can be given time to get legal representation.

Magistrate Basimane Molwana agreed to the state’s request and postponed the matter to February 22.

This week police spokesperson Lt-Col Robert Netshiunda said the pair were arrested in December for the November 17 kidnapping. He said their first bail application was denied when they appeared in court on December 7.

The girl was snatched outside EP Baumann primary in Mayfair after she was dropped off by her mother.

Witnesses told Sowetan at the time that her assailants had forced her into their getaway car, a silver Toyota, at about 7am.

Sowetan established that the kidnapped girl’s family owned a couple of businesses around Mayfair, just 17km from Freedom Park where their daughter was found.

Girl (11) kidnapped outside her school has been found

The 11-year-old girl who was kidnapped in front of the EP Baumann Primary School in Mayfair, Johannesburg, in November has been found.
News
4 months ago

Landlady Jiyane unaware of kidnapped girl on her property

The landlady who rented out the room in Freedom Park, southern Johannesburg, from which police rescued a kidnapped an 11-year-old girl was unaware ...
News
4 months ago
Next Article