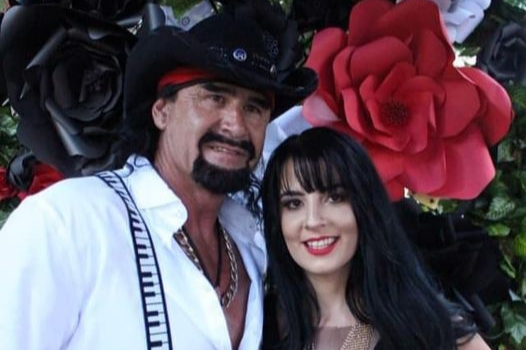 Len and Chantal Cloete. Len has been moved to a rehabilitation centre, according to a private security company.
Image: Facebook/Chantal Deidrè Cloete

Len Cloete, who was shot in the head by a police officer after an altercation at a lodge in Muldersdrift, Gauteng, in November, has been placed into rehabilitation and is able to recognise his wife.

This is the update from private investigator Mike Bolhuis, whose company Specialised Security Services has been appointed by Cloete’s family and has been providing updates about Cloete’s health.

A video of the incident showed Cloete confronting police who were on either side of a doorway. He was naked but later put on underwear and asked for his gun.

The footage showed that he disarmed a policewoman while shouting “shoot me, shoot me” and faced a second officer who had his gun raised towards the now-armed Cloete. The officer fired and Cloete fell to the ground.

On December 23 the company said Cloete, who had been in a coma for several weeks after being shot, was awake and strong enough to start his rehabilitation.

Bolhuis said Cloete's “eyes are open and he recognises his wife”.

“He kisses her.  One side of his body has feelings and movement,” Bolhuis said.

“He is rapidly getting  better. We see it as a miracle and we are extremely thankful for the medical practitioners and their involvement ... and the hospital,” Bolhuis said.

Len Cloete, who was shot in the head by a police officer after an altercation at a Gauteng lodge in November, is awake and strong enough to start his ...
News
6 months ago

Ipid has launched a probe into an incident in which a man was shot in the head by a police officer at a lodge in Muldersdrift at the weekend.
News
7 months ago
Next Article