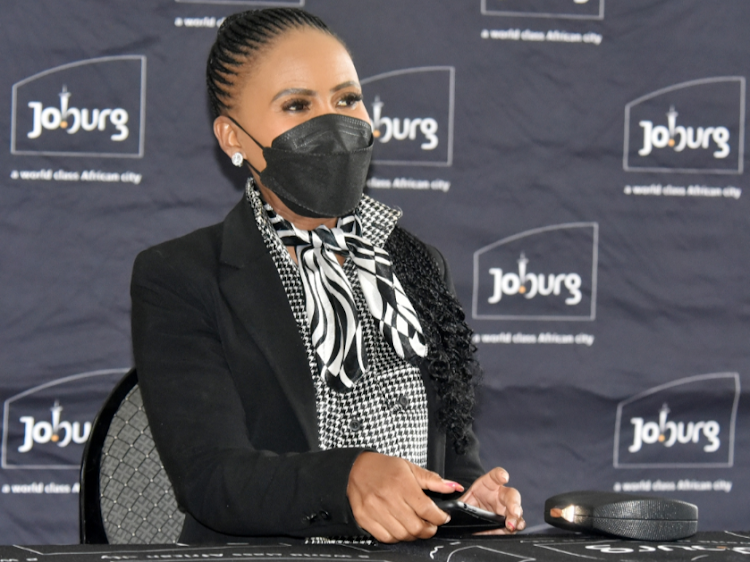 Johannesburg mayor Mpho Phalatse says the failure of political parties to secure an outright majority in the local government elections was a 'gift' she hoped Desmond Tutu had prayed for. File picture.
Image: Freddy Mavunda

Johannesburg mayor Mpho Phalatse says the failure of political parties to secure an outright majority in the local government elections was a “gift” she hoped the late Archbishop Desmond Tutu had prayed for.

The city of gold was forced into a multiparty government two months ago, a move Phalatse believes brought closer the ideal of the “rainbow nation” envisaged by Tutu.

Phalatse made the remarks while leading a candlelight ceremony outside Tutu’s home in Orlando West, Soweto, on Wednesday. Tutu died on Sunday, aged 90.

“I am so grateful to our voters as we’ve just come out of the elections, that they have given us a gift in that none of us came out with an outright majority. As I look at it, I see that we are closer to the ideal of a rainbow nation.

“I believe that a foundation has been laid for what is coming in 2024 as we go into the provincial and national elections,” she said.

Phalatse said she could only “pray that this is as a result of the prayers that were prayed by the likes of Desmond Tutu — that his dream of a rainbow nation will truly be realised, even within our political ranks”.

Leading up to the 2024 elections, the mayor said she hoped political parties would go beyond party lines, race and other forms of characteristics.

“That we will hold hands, because a house divided will not stand, and I believe SA, as a gateway to the liberation of Africa, needs to be united for its own emancipation and that of Africa,” she said.

The visibly emotional Phalatse shared a moving tribute to Tutu, who she said spoke fearlessly against corruption and other issues SA grappled with.

“We were blessed as a nation to have a man of his calibre. Archbishop Tutu lived a life of servanthood, he did not seek personal gain and that is why he spoke so fearlessly against corruption, which he saw on the rise in this nation, like a cancer destroying everything that had been so hard to build,” she said.

SA was blessed to have witnessed this life, one said, while Nkele Chakela said Tutu was a father to all.

“He was father to the community. There is a lot that he did for us, but mostly he looked after the elderly. He would support them, bring groceries and other things. I believe he and Mam' Leah were sent by God to us,” said Chakela.

“His death is painful. We are full of tears but death is natural, we are thankful for his life.”

Archbishop Desmond Tutu was "very clear on his wishes for his funeral" and wanted "no ostentatiousness or lavish spending", his trust says.
News
4 months ago

Nontombi Naomi Tutu recalls the day her father stepped in to save a young man from being burnt alive by an angry mob as one of her proudest memories.
News
4 months ago
Next Article