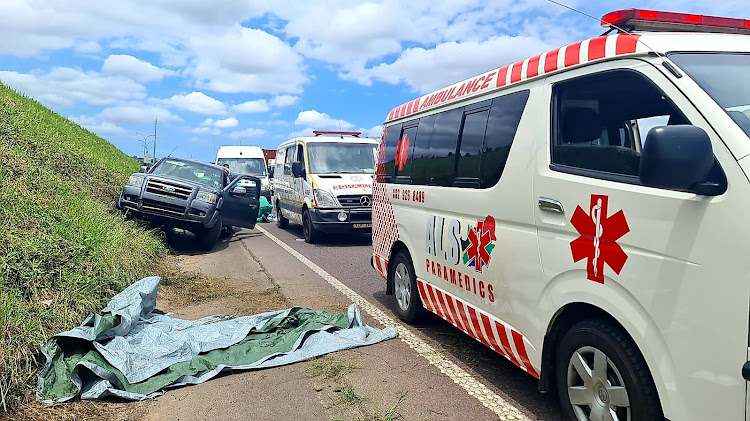 There are multiple injuries including two children under the age of five who are in a critical condition after a collision near the Marianhill toll plaza
Image: ALS Paramedics

Paramedics are on the scene of a multi-vehicle collision near the KwaZulu-Natal Marianhill toll plaza in which there are several casualties, including two children under the age of five.

Jamieson said several patients were receiving treatment including two children under the age of five who sustained critical injuries.

Taking the stand in his trial for the first time since 2018, Scott-Crossley lost his temper in court and ordered his lawyer to stop talking as he ...
News
5 months ago

Ahead of the festive season rush, the Road Accident Fund has reminded South Africans of the most dangerous roads in the country.
News
5 months ago
Next Article