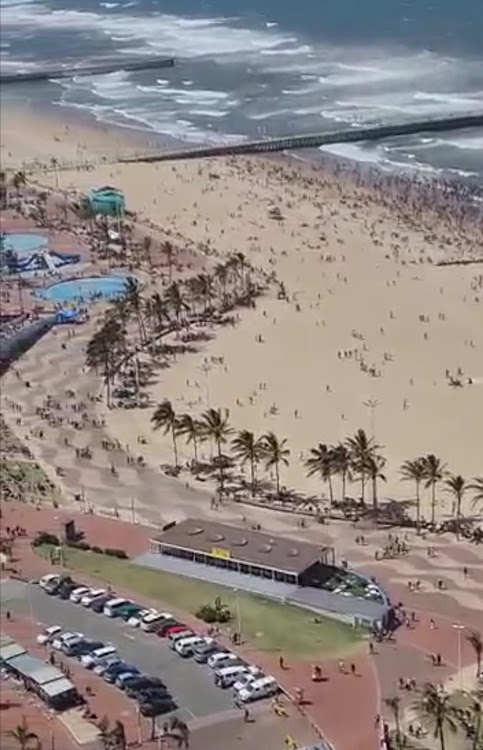 The Day of Goodwill brought few people to beaches in Duban.
Image: Supplied

It was either Covid-19 or the lack of money that kept thousands of Durban residents and visitors from hitting the beaches on Sunday.

The Day of Goodwill is traditionally a beach day for thousands who frolic in waves to beat the heat.

Not so on Sunday, when only pockets of people made their way to the sea.

Images captured by metro police showed largely empty beaches, in stark contrast to earlier this month when a picture of thousands gathered on a beach sparked outrage because of the lack of social distancing.

Head of Durban’s metro police Steve Middleton told TimesLIVE: “As police we are, of course, very happy with lower numbers.”

Middleton said a few factors could have led to fewer people going to beaches, including that Christmas fell on a Saturday and the day after is usually quiet.

“Covid-19 definitely has to play a role, and there’s the state of the economy."

“Let’s see what happens today.  I may be incorrect,  but it could be the quietest of all and the weather may play a role.”

Durban beefs up security as it prepares for holiday rush

The eThekwini municipality has procured private security services as it prepares for the influx of holidaymakers expected to descend on its beaches ...
News
1 month ago
Next Article