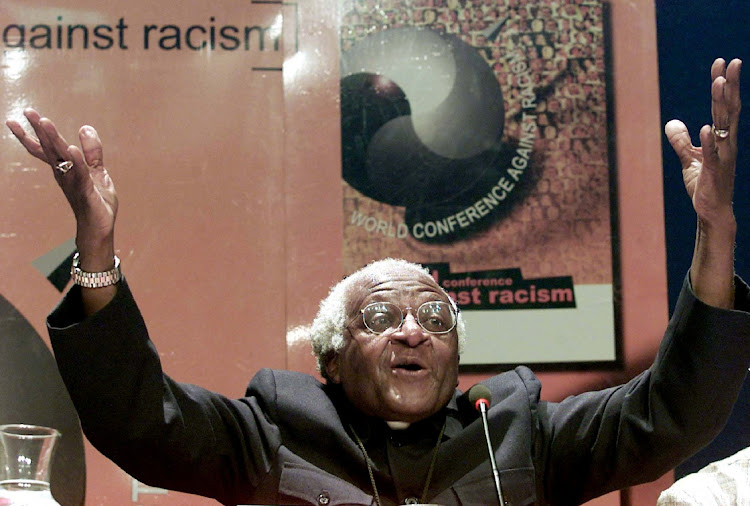 The ashes of Archbishop Emeritus Desmond Tutu, who died at the age of 90 on Sunday, will be interred at St George’s Cathedral in Cape Town.

Announcing arrangements for Tutu’s funeral, SA Anglican Archbishop Thabo Makgoba, who gave Tutu the Eucharist on Sunday, said the funeral would take place on Saturday at 10am.

Tutu’s body, will lie in state at the cathedral from 7am to 7pm on Friday.

Makgoba said memorial services would be held across the country throughout the week to allow as many as possible to take part in the celebration of Tutu’s life.

Appealing to people to attend events in their towns and  cities and from their homes, he said 400 people, including 100 clergy, had confirmed their attendance of the funeral.

“Only a fraction of those who want to attend can be accommodated. At the cathedral we can only accommodate 500 people, but because of Covid-19 restrictions and protocols we will only allow 200 people to enter at a time.

“People will be allowed to enter as those inside leave. We appeal to people not board busses to head to Cape Town, but to rather celebrate the Arch’s life from the places where they live,” he said.

He said Tutu’s ashes would be interred at the cathedral in the vicinity of the high altar.

Makgoba said the City of Cape Town would hold a memorial service and special tribute in the City Hall on Wednesday at 6pm which would be attended by Tutu’s family.

Large screens will be placed outside the City Hall for the public with the service livestreamed on YouTube.

Makgoba said a list of all memorial services, including those being held across southern African, can be found on the Anglican Church of SA website.

The Tutu Family has thanked South Africans and the world who kept Archbishop Emeritus Desmond Tutu in their prayers, and whose love and respect for ...
News
4 months ago
Next Article