Around 6pm a mob, apparently ANC supporters, stormed the eThekwini council meeting and disrupted it 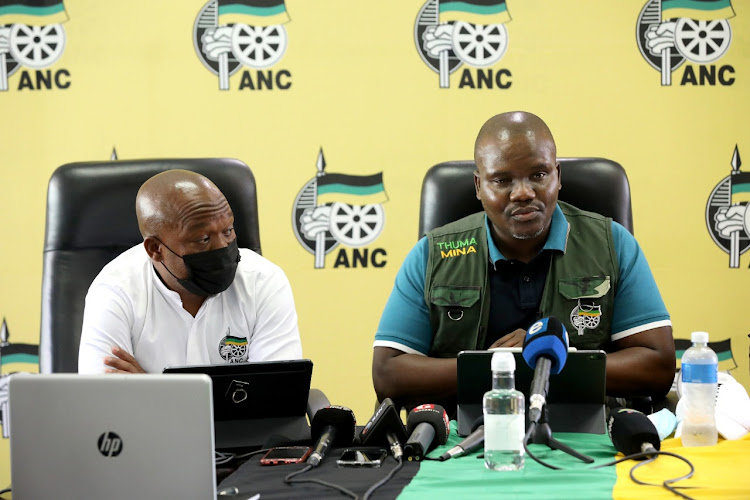 A meeting of the eThekwini council on Monday, which was sitting to elect leaders, hangs in the balance — and with it the future of the ANC's reign in the metro.

The meeting, which by 6pm had been going on for more than seven hours, is now on the brink of collapse, with chaos having ensued after the IFP caucus’s decision to abstain from voting.

Around 6pm a mob, apparently ANC supporters, stormed the meeting and disrupted proceedings. They left about 15 minutes later.

While the speaker, Thabani Nyawose of the ANC, made it through without the help of the IFP, when the time came for the election of the rest of the officials, including the mayor, cracks between the IFP and ANC agreement on governance in hung councils were so visible that the latter's councillors found every excuse to delay the proceedings.

The ANC NEC had decided it would field Mxolisi Kaunda as the party's mayoral candidate.

First, the ANC requested the meeting adjourn for lunch. Then the ANC caucus again halted proceedings with a request for a “health opinion of the gathering for safety against Covid-19”. There were also concerns raised about the wind and its affect on the tent the meeting was held in.

The ANC-IFP agreement stated that the parties would not contest each other in municipalities where one holds the majority of seats.

But in Newcastle, where the ANC had 22 seats and the IFP 18, the IFP voted with other parties, including the DA. They took the municipality, leaving the ANC in the lurch.

In KwaNongoma, where the IFP had a majority, it teamed up with the EFF, getting the mayoral position. The EFF got the deputy mayor position.

The IFP had previously said it would not work with the ANC.

The ANC in KwaZulu-Natal is yet to agree to IFP demands meant to underpin co-operation between the two parties in hung municipalities across the ...
News
1 week ago

IFP in KZN will work with anyone but the ANC

However, the party will work with the ANC outside the province as its relationship with the party’s national leadership differs.
News
3 weeks ago
Next Article