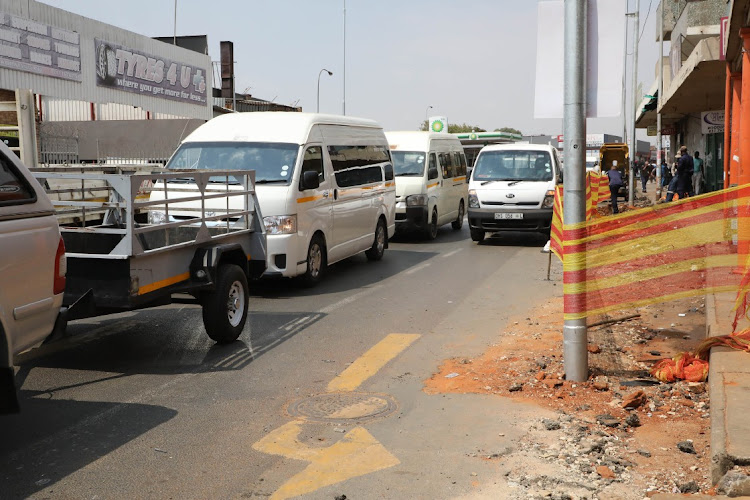 A construction company that installed street lights in the middle of a demarcated parking in the Roodepoort CBD says the gaffe was as a result of drawing mistake.
Image: ANTONIO MUCHAVE

A construction company behind the installation of two street lights in the middle of a demarcated parking in the Roodepoort CBD says the gaffe was as a result of drawing mistake.

KPA Civils, the company behind the embarrassing installations that caused a stir on social media when pictures of the awkwardly placed street lights poles were shared, said they have been removed until the pedestrian sidewalks have been extended.

“So the reason there were street lights is due to a drawing mistake from one of our colleagues. He couldn’t get the co-ordinates accurately. We need to put in sidewalk curbs first before street lights,” said Kaneka.

“We were given five streets to work on and the street where we had the street lights was not part of the project. This slipped the mind of my team doing the electrical work. They didn’t look at it in a proper way. We all agreed this street mustn’t be worked on until the curbs for the sidewalk are in so that the lights are not an obstruction to people. The poles are not there now... It was a mistake and we took them off the site.”

Business owners in the area said there were two street lights that were installed in the parking area of Station Street last week and this raised a concern as to why they were awkwardly placed and causing obstruction to motorists and pedestrians.

When Sowetan visited the area on Monday, the street lights had been removed.

Adriaan Wessels, the senior manager of a fast-food fried chicken restaurant in the area, said he lost a lot of customers last week who couldn't find parking space.

Khuram Shahzad, owner of Fani Cellular, said he was shocked when he saw the street lights being installed.

“How can they put them on the right? What if cars bump into each other and an accident happens. We were all asking questions as to why they put the lights here on the parking space,” said Shahzad.

It's hell driving in Lesotho

Sello Rabothata Sello RabothataThe road from the small town of Leribe, Hlotse to Katse Dam in Lesotho is 122-odd kilometres.It is also tarred.Thank ...
News
13 years ago
Next Article