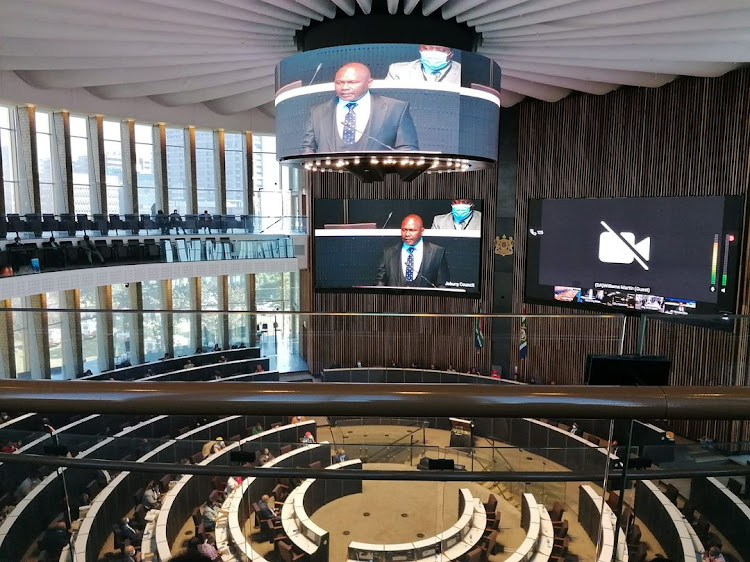 Joburg MMC for finance Jodilee Matongo delivering the city's budget speech. He is the ANC's preferred candidate for mayor.
Image: City of Joburg/Facebook

The ANC top six has recommended Jolidee Matongo as the mayor of Johannesburg.

Matongo is the member of the mayoral committee (MMC) for finance.

Matongo, along with two other ANC Johannesburg mayoral candidates, were interviewed by the national officials on Wednesday evening.

“The national officials were of the view that all three comrades were excellent candidates but that Cde Jolidee Mathongo was the preferred candidate ...” Duarte said in the memo.

The three candidates were the first to be subjected to a new rule introduced by President Cyril Ramaphosa where prospective mayors, especially of metros, are interviewed by the party’s top brass.

The Sunday Times reported last month that Ramaphosa had told his comrades in the NEC that the ANC should consider introducing a process whereby the NEC or national working committee interviews mayoral candidates once a list of three candidates per post has been submitted by the lower structures.

Matongo is expected to take over as mayor when the council sits early next week. Insiders have told TimesLIVE that the ANC in the city will have the backing of its coalition partners during the vote.

The ANC's nomination of candidates to succeed the late Geoff Makhubo as mayor of Johannesburg had to be settled by who had administrative and ...
News
4 months ago

The race for the hot seat of Joburg mayor could be decided by how successful the ANC is in negotiating its way back to power with a coalition of ...
News
4 months ago
Next Article