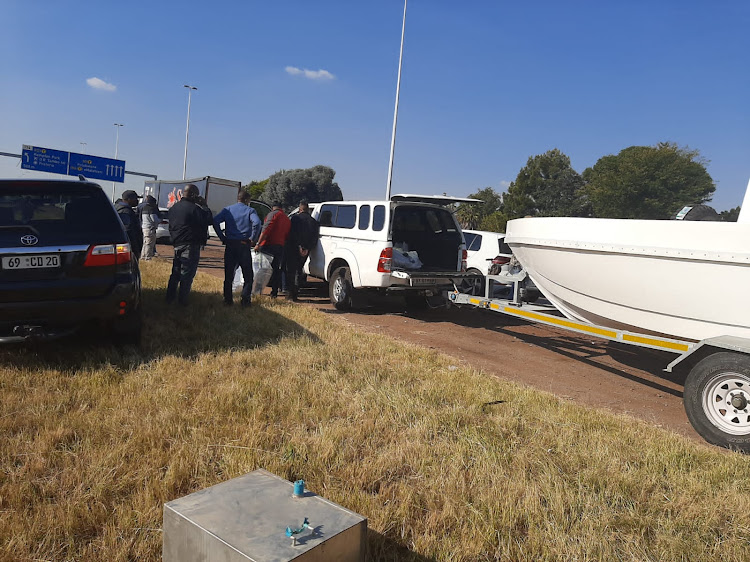 The trio who appeared in the Strand magistrate's court on Monday June 14 were escorted to Pretoria from Cape Town under heavy police guard on Friday afternoon.
Image: Supplied: HAWKS

Police have arrested three more people linked to the discovery of R400m worth of drugs in a boat being transported on the N1 freeway earlier this month.

The trio appeared in the Strand magistrate's court on Monday, June 14, and were escorted to Pretoria from Cape Town under heavy police guard on Friday afternoon.

They were arrested in Cape Town in connection with the high profile drug bust on June 2 on the N1 in Pretoria, during which Van Zyl was arrested.

Thirty-nine-year-old Van Zyl was arrested after being found with 800kg of compressed pure cocaine. Police arrested Van Zyl on the N1 north near the R21 “flying saucer” interchange.

Hawks spokesperson Lt-Col Philani Nkwalase said the cocaine was reportedly destined for both the local and international markets, and was organised by a drug syndicate operating in the country that was allegedly stockpiling a large quantity of cocaine in Gauteng.

“The additional suspects were linked through further investigation into a drug consignment and warrants of arrest were executed by the Western Cape Hawks’ SA Narcotics Enforcement Bureau (SANEB) team on Saturday, June 12, 2021. When the team arrived on their premises in Cape Town they found several people and arrested three suspects. Upon conducting a search the team seized several cellphones, documentation and passports belonging to the suspects, for further investigation,” said Nkwalase.

“This operation proves that it is only through collaborative effort that we will win the fight against syndicated crimes,” said Lebeya.

Pieter van Zyl was nabbed while towing a 3.7m boat, which had pure cocaine worth an estimated R400m hidden in its hull.
News
1 month ago

A 39-year-old man has been arrested after being found with 800kg of compressed pure cocaine with an estimated street value of R400m, police said.
News
1 month ago
Next Article