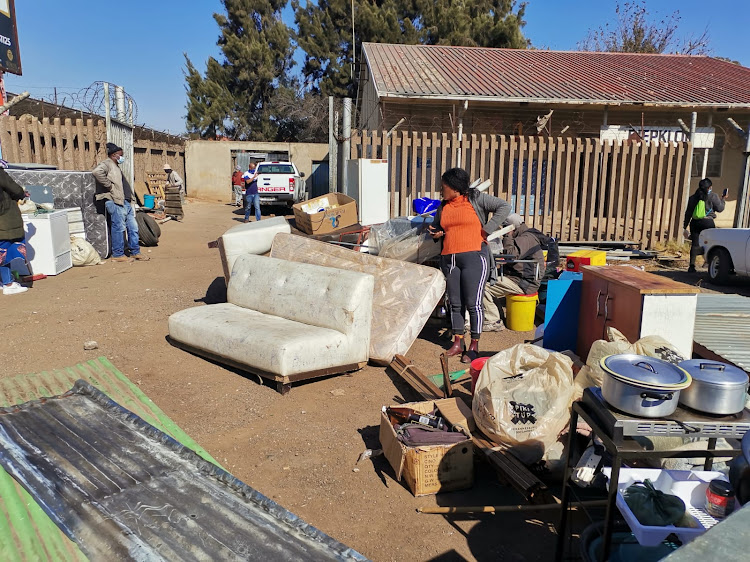 Some of the people who were evicted during a march against drug dealers and foreigners in Diepkloof, Soweto.
Image: Antonio Muchave

Businessman TT Mbha was forced to cancel the Soweto Youth Golf Day at the 11th hour due to attacks on foreign nationals in parts of Soweto.

The event was schedule to take place at the Soweto Country Club in Pimville on Wednesday to mark 45 years after the 1976 Soweto Uprising.

The golf day was aimed at raising funds and collecting non-perishable foods as well as blankets for the Kliptown Youth Club.

#OperationDudula started with a community meeting in Diepkloof on Tuesday and residents moved to various areas where they removed foreign nationals from shacks and also targeted houses they suspected of drug dealing.

“We had hired a caterer and the food was ready and photographers had already been paid. We have to take the food to homes. Right now, I am not fine and maybe tomorrow I can start thinking about when to host the event," Mbha said.

On Tuesday, several shops owned by foreign nationals were looted.

"We are not here to cause anarchy. We want the world to know of our struggles and what causes our local economy to suffer."

Dimba condemned the looting, saying the operation was not about that.

"This is not about xenophobia. We are here to fix our community and don't condone criminality," he said.

The South African Informal Traders Alliance (Saita) has called on the police to monitor attacks on foreign traders and maintain a presence in ...
News
8 months ago

There is rampant xenophobia among health workers in Gauteng. This is according to the findings of a study done by Wits University that was released ...
News
10 months ago

A Zimbabwean truck driver who survived an ambush by six gunmen on the N12 highway near Daveyton, on the East Rand, yesterday was just 35km from his ...
News
1 year ago
Next Article