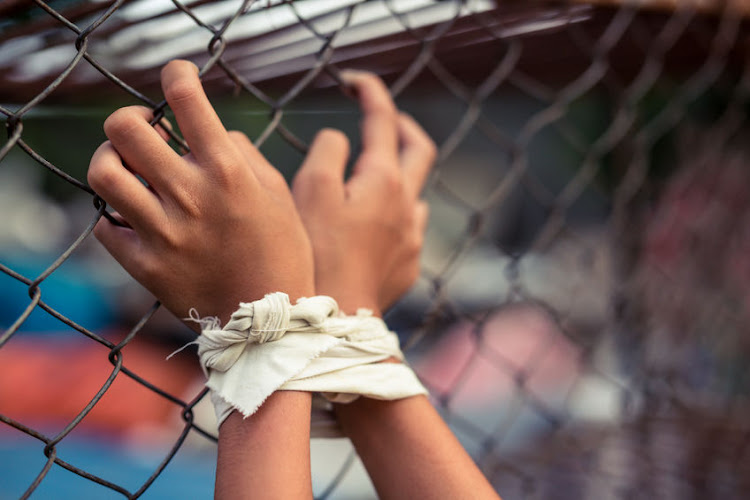 A 13-year-old Gauteng girl was rescued by police as her stepmother and step-grandmother were allegedly about to sell her to a human trafficking syndicate for R40m.
Image: Artit Oubkaew/123RF

The Hawks rescued a 13-year-old Gauteng girl who was allegedly kidnapped and about to be sold to a human and sex trafficking syndicate by her stepmother and step-grandmother for R40m.

The women, he said, were the teenager’s stepmother and step-grandmother.

Nkwalase said Organised Crime and Serious Corruption unit detectives, along with officers from the Family Violence, Child Protection and Sexual Offences Unit, were following up on information about  the activities of a human trafficking syndicate when they made the arrests.

“Two women were arrested for trafficking in persons, conspiracy to sell a minor for sexual exploitation, abduction and theft of a child. They were allegedly conspiring to sell the 13-year-old girl to a human trafficking syndicate for R40m.”

He said during the rescue operation police seized R30,000 in cash which had been used by police as part of the operation.

He said the teenager had been taken to a place of safety.

The suspects will appear in the Heidelberg magistrate's court on Thursday.

Gauteng Hawks head Maj-Gen Ebrahim Kadwa said: “What is disturbing with this situation is that family members were found to be involved in the alleged crime committed against their own.

“We applaud the investigation team for executing the operation without anyone being harmed and the child was rescued safely.

“In the past few months we have made a major breakthrough in successfully dismantling illegal brothels in the Vaal Rand, where police officers were arrested for allegations related to human trafficking .”

The Salvation Army’s helpline is receiving up to a dozen calls every week, 80% of which are related to requests for help in cases of human ...
News
1 year ago

The Hawks have bust a Gqeberha mother for allegedly trying to sell her five-day-old twins to “satisfy her drug addiction”.
News
1 year ago
Next Article