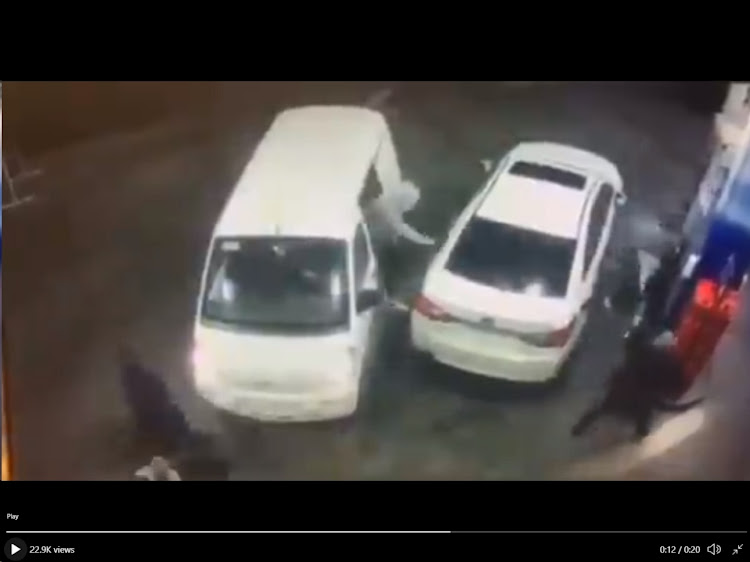 A viral video shows a pump attendant fighting off three car hijackers by dousing them with petrol.
Image: Twitter

A viral video doing the rounds shows how a quick-thinking pump attendant thwarted an attempted car hijacking by spraying the would-be robbers with petrol.

The CCTV video shows a white sedan being fuelled at a petrol station when a white van suddenly drives up next to it. Three people exit the van and rush towards the sedan in what appears to be an attempted car hijacking.

The attendant quickly reacts by removing the nozzle from the sedan and turning the hose on the would-be thieves. Soaked in fuel, the thieves quickly change their plans and beat a hasty retreat back to their van as the attendant continues spraying them, before driving off. The whole incident takes less than 20 seconds.

The source of the video is unknown, but the incident did not take place in SA as the van is a left-hand drive vehicle.

A VIP protection unit officer and a flying squad police officer have been arrested for alleged involvement with a syndicate hijacking trucks on the ...
News
1 year ago
Next Article