Actor Armie Hammer accused of rape, 'other acts of violence' 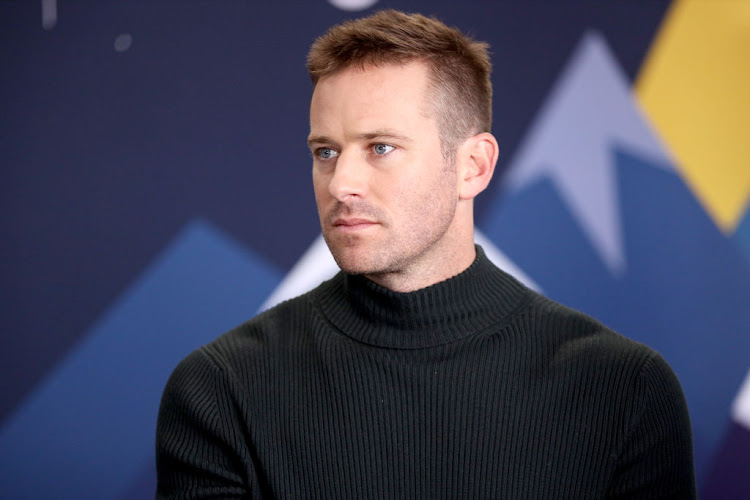 Armie Hammer has been accused of rape but his lawyer has labelled the claims "outrageous".
Image: Rich Polk/Getty Images for IMDb

A young woman on Thursday accused US actor Armie Hammer of raping her four years ago in Los Angeles and police said they were investigating the matter.

Hammer's lawyer called the allegation “outrageous” and said that all the actor's sexual relationships were “completely consensual.”

The rape allegation follows claims on social media in January by several women who accused the 34-year-old actor of emotional and physical abuse, and said he shared violent sexual fantasies. Hammer said at the time that he would not respond to what he called “vicious online attacks”, but he was dropped by his representatives and from two Hollywood projects.

On Thursday, a woman who identified herself only as Effie, told a video news conference that she had been in a four-year romantic relationship with the actor, who was married to TV personality Elizabeth Chambers at the time.

Bring back the death penalty for murder, rape

Today, it is law-abiding citizens who live in fear of criminals who operate with impunity.
Opinion
3 months ago

The victim lived alone in a house without electricity.
News
3 months ago

“On April 24, 2017, Armie Hammer violently raped me for over four hours in Los Angeles, during which he repeatedly slammed my head against a wall, bruising my face,” Effie, now 24, told reporters.

“He also committed other acts of violence against me, to which I did not consent,” she said.

Effie's attorney, Gloria Allred, said the woman had given evidence to police.

A Los Angeles Police Department spokesperson said that “Armie Hammer is the named suspect in an alleged sexual assault investigation” that was opened on Feb. 3, 2021.

Hammer's lawyer, Andrew Brettler, said in a statement that the woman's own correspondence with his client “undermines and refutes her outrageous allegations.”

“From day one, Mr. Hammer has maintained that all of his interactions with (Effie) — and every other sexual partner of his for that matter — have been completely consensual, discussed and agreed upon in advance, and mutually participatory,” the statement added.

Brettler said that as recently as July 2020, the accuser had sent graphic text messages to Hammer detailing her sexual desires.

Effie, who lives in Europe, said she met Hammer on Facebook in 2016 and fell in love with him. After the alleged rape, she said she had suffered traumatic flashbacks and had felt suicidal. She said she felt guilty about not speaking out sooner and hoped Hammer would “be held accountable.”

Hammer and Chambers split up in July 2020 after 10 years of marriage.