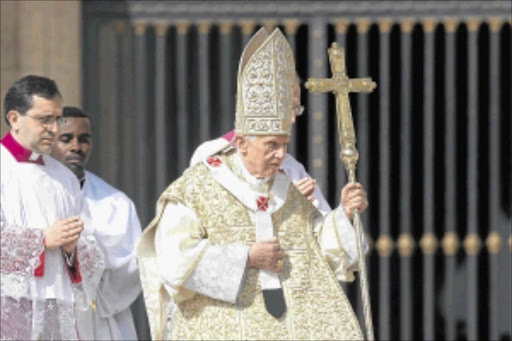 VATICAN CITY - Paolo Gabriele, the butler of former Pope Benedict who passed on the pontiff's personal documents to the media and was convicted in the so-called "Vatileaks" case, has died. He was 54.

Official Vatican media said on Tuesday he perished in a Rome hospital after a long illness.

Gabriele worked for several years as Benedict's private butler before leaking letters and other documents from the pope's desk in 2012 to an Italian journalist who wrote a book about corruption in the Vatican.

After his trial and conviction on charges of theft and divulging classified documents, he spent several weeks in the Vatican's tiny jail. Benedict granted him a pardon for the Christmas season.

Gabriele was later given a job at a Vatican-owned paediatrics hospital. He is survived by his wife and three children.

The new leader of the disgraced Legionaries of Christ Catholic religious order, whose founder was a serial sexual abuser, has promised to turn a page ...
News
1 year ago

Celebrations for the second Feast of South Africa’s first martyr‚ Blessed Benedict Daswa‚ are well under way in Thohoyandou‚ Limpopo. The ...
News
4 years ago
Next Article