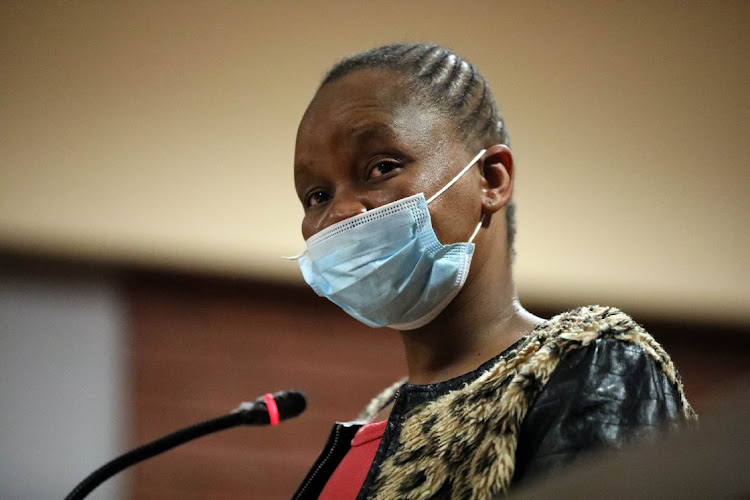 After a year behind bars, Mannana Tsabane, the nanny alleged to have murdered the child she was hired to take care of, is finally on trial at the Benoni magistrate’s court in Ekurhuleni.

On Tuesday, the pathologist who had examined Langelihle Mnguni’s body post-mortem took to the stand.

Dr Fortunato Beccia confirmed the toddler had died from strangulation and suffocation.

Beccia’s testimony would have brought little comfort to the family of the 21-month-old child.

“It was not done with a lot of force because the bone on the neck was not broken,” Beccia told the court.

“He had no bruising on the muscles of the neck. In a child of this age, you don’t need that much force to cause asphyxia. If the pressure was caused by a flat object, like a hand or something similar, you may not see external injuries. If the child was bigger and had perhaps resisted, you would find scratch marks and bruises,” he said.

On Monday, Miriam Mnguni, the toddler's grandmother, took the stand. She told the court about the day when she came home to find her grandson dead.

She said she had returned home to find the nanny on the floor with scratches on her hands. The nanny told her that people, armed with knives, had broken into the house and drugged or poisoned her and the child. One of those people was their neighbour. She claimed they then took off with the child.

Taking to the stand on Tuesday, Beccia’s evidence contradicted this.

While there was foaming in Langelihle’s mouth, the pathologist revealed there was a white semi-solid found in his stomach, but there was no evidence of poisoning.

“There were no granules or chemical which point to poisoning,” he said.

Last year, TimesLIVE reported how the grandmother had returned home to find the nanny half-naked on the upper part of her body.

The grandmother rushed to the family's storeroom seeking a washbasin to clean the nanny before paramedics left with her. It was here she discovered the lifeless body of the child.

He had been laying on his back on top of a blanket the nanny usually used to strap him to her back.

The child, who had foam and blood oozing out of his mouth, was declared dead at the house by paramedics who had been called in to attend to his nanny.

Newlands has lost the New Year’s Test and the biggest Test on the SA calendar will this year be played at the Wanderers in Johannesburg against Sri ...
Sport
1 year ago

The grandmother of one-year-old Langelihle Mnguni, who was allegedly killed by his  nanny, relived the horror of discovering the child’s lifeless ...
News
1 year ago
Next Article