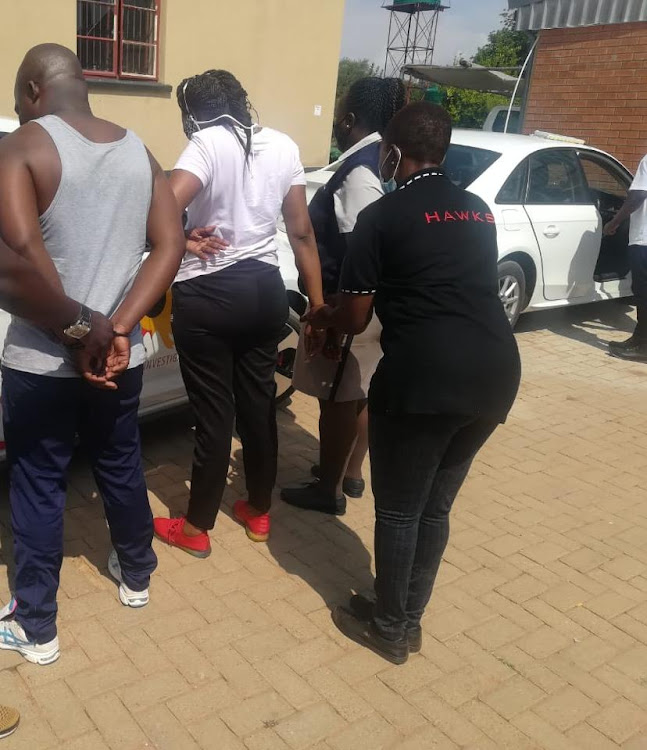 Three home affairs officials including one who demanded a R10,000 bribe from an undocumented foreigner in Jane Furse, Limpopo, were arrested by the Hawks on Tuesday.
Image: Provided

Three home affairs officials, including one who demanded a R10,000 bribe from an undocumented foreigner  in Jane Furse, Limpopo, were arrested on Tuesday.

The trio, aged between 30 and 42, were arrested during a sting operation by the Hawks' serious corruption investigation unit and home affairs' counter-corruption team for alleged corruption, said Hawks spokesperson Capt Matimba Maluleke.

“Instead of arresting him, the officials allegedly demanded a R10,000 gratification for his freedom. The amount was reportedly reduced to R4,000 and it was paid by the victim to the suspects,” said Maluleke.

The matter was reported to the Hawks who swiftly conducted an investigation that resulted in the arrests.

They were expected to appear in the Motetema magistrate's court on Wednesday.

Unstable connectivity on the department of home affairs' live capture system has affected passport and ID applications and collections.
News
1 year ago

The state's case against Shepherd Bushiri, his wife Mary and their co-accused Landiwe Ntlokwana descended into a farce yesterday.
News
1 year ago

ANC MP Bongani Bongo was back in parliament on Tuesday, chairing the home affairs portfolio committee and saying his party was still processing ...
News
1 year ago
Next Article