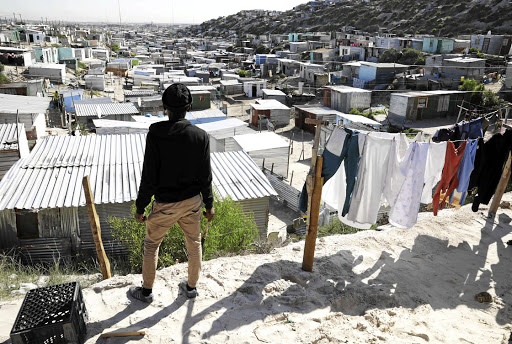 Some of the R98m donated by the German Development Bank for Covid-19 relief will be spent in Khayelitsha.
Image: Esa Alexander

Germany is giving €5m (about R98m) to feed Cape Town families hit hard by the Covid-19 lockdown, but on condition that at least 20% of beneficiaries are foreigners.

In addition, the KfW German Development Bank said half the spaza shops where digital vouchers are spent must be owned by foreigners.

A deal about the terms of the relief aid was signed at a meeting on Thursday between German ambassador Martin Schäfer and Cape Town mayor Dan Plato.

“Through these emergency measures, about 25,000 families and pregnant women in need could be supported with a digital food voucher worth about R600 per month for about three months,” the bank's Silke Stadtmann and Peter Weinert said in a letter to Plato.

The focus of the aid would be families and single parents with children under the age of seven “as well as foreign families who do not qualify to receive government support grants”.

Cellphone-based Flash vouchers would be transferred to recipients with help from the DG Murray Trust, said the letter.

“The owners of local spaza shops where the food vouchers can be redeemed are an indirect target group due to the increased spending capacity of the primary beneficiaries,” it said. “A minimum of 50% of the participating spaza shops should be owned by foreigners.”

Soup kitchens in the areas targeted by the relief — the Khayelitsha suburbs of Harare, Monwabisi Park and Kuyasa, Hanover Park, Manenberg, Gugulethu, Nyanga and possibly Bonteheuwel — would also receive vouchers for three months.

Stadtmann and Weinert said some of the money would be used to support informal businesses such as urban vegetable gardens and early childhood development centres.

In a report to the Cape Town mayoral committee, officials said the relief was the latest development in a successful relationship with the German Development Bank which had seen €15.5m ploughed into Khayelitsha since 2007.

The money has gone into a programme called Violence Prevention through Urban Upgrading, which aims to prevent crime through environmental design as well as social programmes.

Yet another snag for Covid-19 Ters relief payments

Payments of new and outstanding applications for the Covid-19 Ters benefits have temporarily been halted yet again for the labour department and UIF ...
News
1 year ago

Hawks mum on whether officials are implicated in Ters fraud

As more fraud cases related to the Temporary Employer/Employee Relief Scheme (Ters) payments come to light, the Hawks are tight-lipped on whether any ...
News
1 year ago
Next Article