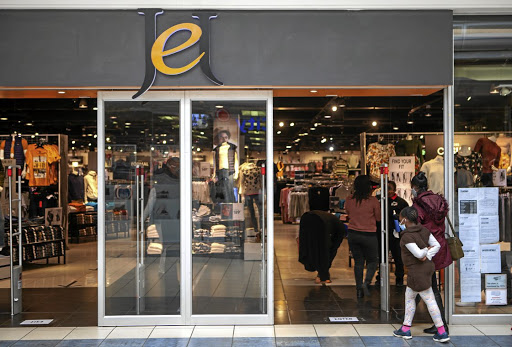 TFG has concluded an agreement to own Jet, which is owned by the Edcon Group.
Image: Gallo Images/ Papi Morake

Retailer TFG said on Monday it has concluded an agreement to buy select assets of budget clothes retailer Jet from the administrators of rival Edcon and expects to meet all conditions by the end of September.

TFG, known as The Foschini Group, said in July it will buy 371 stores and some assets of Jet for R480-million in order to expand into the budget clothes market, a segment in which it is not a major player.

It said it has now reached an agreement for the assets in South Africa, where most of the stores it is buying are located. Similar agreements for stores in Botswana, Namibia, Lesotho and the kingdom of eSwatini are expected to be finalised shortly, it said.

The remaining conditions include approval by competition authorities, an agreement with Jet's landlords on amended lease terms and a deal with credit and financial services provider RCS to continue to operate Jet's credit book.

Edcon, which also owns department store chain Edgars, applied for bankruptcy protection in April in an attempt to salvage parts of the group.

Edcon has been a go-to place for South African shoppers for nearly a century, but ran into financial problems and failed to compete with international fashion chains such as Sweden's H&M.

About 43,000 Edcon employees - including 22,000 who have already been served with notices of possible retrenchment - remain jittery.
News
2 years ago

The Foschini Group said on Monday it is set to buy some stores and selected assets of JET for R480 million ($28.69 million) from Edcon's ...
Business
2 years ago
Next Article