Makhura appeals to residents not to travel to other provinces 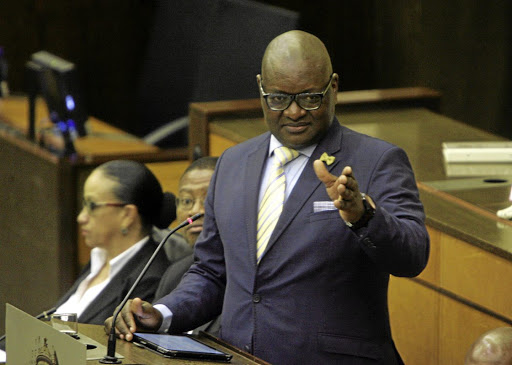 Gauteng premier David Makhura has urged the residents of the province not to travel to other provinces as the state prepares for a national lockdown.

Speaking at a media briefing in Midrand, Makhura said the province was the worst hit in the country, therefore travelling would increase risks of infection.

“We are urging the residents to remain in Gauteng during the lockdown. If people leave the province they run a risk of getting infected or they may, if they are not aware that they are infected, may infect others in other parts of the country. In the next 21 days, stay in the province, stay at home, if you are not part of the essential services,” Makhura said.

The provincial government is preparing itself for the 21-day national lockdown announced by President Cyril Ramaphosa on Monday.

Gauteng still has the highest number of infections in the country since the Covid-19 outbreak began.

“As a province we are now the epicentre in South Africa. We were already feeling the pinch, that’s why we welcome the lockdown with all the impact it will have. This is the best decision taken by government," said Makhura. "What makes our province vulnerable…is that Gauteng has two ports of entry –OR Tambo and Lanseria airports. We host more than 100 missions in Tshwane. We are  third to New York and Washington DC.

“Our province is densely populated which makes it very difficult to have social distance. We also have a mass transit transport system,” he said.

Since Ramaphosa's announcement, there has been a surge in the  number of people who have been taking buses to leave Gauteng in order to be with their families during the 21 days. Places such as Park Station, Wanderers and Germiston taxi ranks have seen an increase in the number of people leaving the province.

Health minister Zweli Mkhize has announced that the number of confirmed cases of Covid-19 has increased to 709 cases over night.
News
2 years ago

Gauteng health MEC Bandile Masuku added his voice to the call for people to remain in the province.

Masuku said travelling at this time disrupted the government’s effort of containing Covid-19.

The provincial government was also increasing its capacity to respond to the virus.

“We have indicated we are increasing the number of beds that we have," Masuku said. "Those who are negative who are suspected to be exposed will be quarantined separately in the facilities…

We are also making arrangements for self-isolation. We have made available 1,000 beds already. The private sector has offered over 200 beds so far, we will escalate as the need arises,” Masuku said.

He said that protective equipment for health workers was being restocked with the aim of having stock which can take care of two weeks ahead.