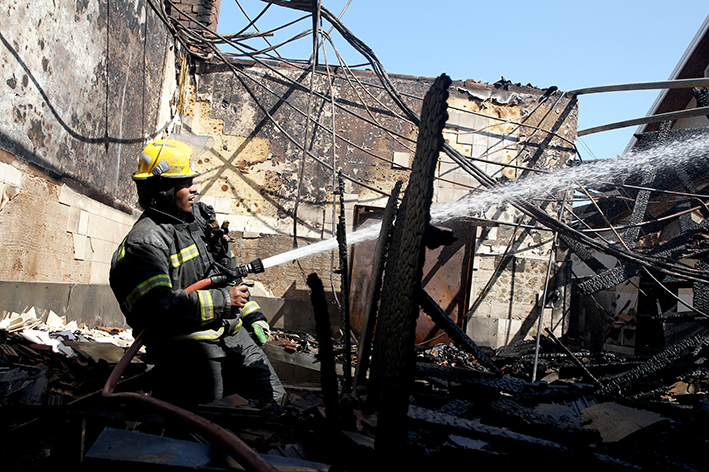 The South African Union of Students has voiced its concern with what it described as "third forces" who seek to undermine genuine student issues.

This comes after the torching of an exam centre and HIV support centre at the University of KwaZulu-Natal (UKZN).

National spokesperson for the student body (Saus), Thabo Shingange, said the union is calling for an investigation and for those responsible to be held accountable.

“We are concerned with what seems to be growing acts of irrationality and barbarism from individuals who masquerade as student activists championing student issues.

"The right for students to protest over institutional matters at UKZN should not be misunderstood as the right to act outside of the confines of law. We urge the student body at UKZN and at large not to be misled into acts of criminality from individuals who care not about their future,” Shingange said.

He said the union reiterates that there is nothing revolutionary about burning down the very same infrastructure that they are fighting to access.

Protest-gripped UKZN calls off all lectures this week

The embattled University of KwaZulu-Natal suspended lectures at all its campuses on Tuesday following a wave of fiery protests.
News
2 years ago

Police fired rubber bullets at protesting students at the University of KwaZulu-Natal’s education campus on Monday after they allegedly assaulted a ...
News
2 years ago

“There is nothing progressive nor revolutionary about burning down an HIV centre which caters for students and staff whose lives depend on it for support. The torching of an HIV support centre not only distorts the student movement and its struggle for access and success but undermines the very existence of the student movement itself."

Minister of higher education, science & technology  Blade Nzimande called on Saus and students in general to isolate those responsible for this lawlessness and the destruction of property.

“It is unfortunate that after the successful meeting we held with Saus last week Friday, which represented 26 public universities' student representatives councils, we find ourselves having to deal with such senseless destruction of the university and private property.

These attacks look like well-orchestrated acts of sabotage and criminality meant to undermine and reverse the already achieved milestones reached with Saus,” Nzimande said.

Nzimande said he had a telephone conversation on Tuesday morning with minister of police Bheki Cele to emphasise the necessity and urgency in identifying and arresting the perpetrators of the senseless attacks that also pose a serious threat to the safety of students and university employees alike.

“I also call upon the UKZN university alumni, parents and communities to join government and management of the university to condemn these acts of lawlessness,” Nzimande said.