Lesufi demands answers as another school in the Vaal is torched 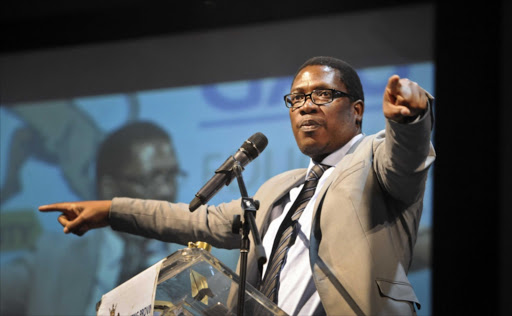 Gauteng education MEC Panyaza Lesufi said while he was happy to open and hand over the Noordgesig Primary School in Soweto‚ he was however saddened by the news that a school had been set alight.

“As we open this school‚ someone decided to burn another school (Khutlo-Tharo secondary school) this morning. It was burnt by senseless people. The community must point out who did that damage and the people must be arrested.

“We can’t build schools for criminals to destroy them. In fact‚ we build schools to liberate criminals‚ because if their children are educated they won’t have to do all these things‚” Lesufi said.

Two weeks ago‚ another school in the Vaal was set alight.

Four classrooms‚ learning materials and stock worth about R4m were reduced to ashes in the blaze at Tokelo High School. Initial investigations pointed to arson.

“It’s not a disaster; it’s a vote of confidence. There’s no chaos. People prefer Gauteng. The department is equal to the challenge. In the next ten days all our children will be placed in a school‚” he said.

Lesufi congratulated the community on its new school.

“We are sending a strong message to those who thought we deserve asbestos schools. What used to be denied to us‚ we are turning it around.

“ Those who thought our schools don’t deserve libraries‚ laboratories‚ wherever they are today‚ they must know that all those things belong to all of us‚” Lesufi said.

The MEC also spoke about plans to build a “futuristic” crèche.

“We will unveil it in the next 18 months. Gone are those days when children would go to crèche‚ eat‚ sleep and go home. In Gauteng we will teach them at a tender age about robotics‚ while the brain is still fresh‚” he said.

It has been a grim start to the day for a Sebokeng school.
News
2 years ago

Four information and communications technology (ICT) classrooms at Tokelo High School burnt down in the early hours of Thursday morning.
News
2 years ago
Next Article