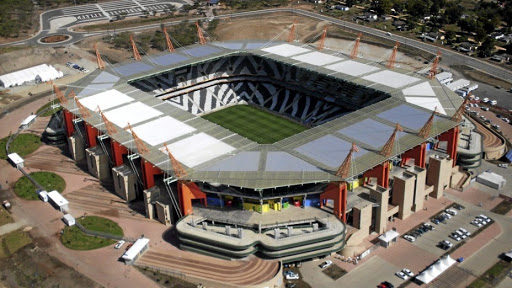 With 11 years since the mafia-style assassination of former speaker of the Mbombela municipality, Jimmy Mohlala, the South African Communist Party (SACP)  in Mpumalanga says it is shocked by the actions of the courts and the police as no one  has been convicted for the murder of Mohlala.

The SACP also resolved at its recent congress that the Mbombela Stadium be named “Jimmy Mohlala Stadium”.

Mohlala was gunned down at his home at KaNyamazane outside Mbombela on January 4 2009,  three days before he was to submit evidence surrounding the building of the R1.2bn 2010 World Cup Mbombela Stadium.

His son Tsepo was also shot in the head when he went out to check what was happening to his father.

Five suspects, including two police officers, were arrested in October 2010 in connection with the murder, however they were released due to poor police evidence.

“This is a very sensitive issue, we are broken as the communist party, how can in 11 years there’s no one charged or sentenced for the murder of Mohlala?," said SACP chairperson in Mpumalanga Lucky Mbuyane.

"The police, the justice department and the NPA have let the family of Mohlala down and the communist party too. What we want is for the kingpins who hired these young men who carried the guns to rot in jail because we believe there was a hit ordered by big people," said Mbuyane.

"As for that, we will not rest until the people behind comrade Jimmy’s murder are behind bars. From our previous congress we called Mohlala’s window [Bonny Mohlala]. She was with us when we took a decision that the stadium be named after her husband because he died protecting the public purse regarding its building.”

A member of the ANC's provincial executive committee (PEC) in KZN was allegedly shot and killed by her boyfriend in Cramond, west of Durban, on ...
News
1 year ago

The ANC in KwaZulu-Natal has requested an urgent meeting with President Cyril Ramaphosa to discuss what it calls the “Hollywood-style” arrest of its ...
News
1 year ago

The prosecutor in the case advocate Patrick Nkuna told the court that “there’s war within the NPA” after he was pushed to comment regarding his bosses’ letters.

“Please talk to Hlathi, I’m on sick leave, [and] I haven’t worked on the case before,” said Mulaudzi.

Mbuyane said the case was a touchy subject which everyone doesn’t want to work on.

“This is why we say these people are afraid to go against the said high-profile people involved in the case,” said Mbuyane.

In 2012, current police minister Bheki Cele who was then national police commissioner, announced during the opening of the Pienaar police station that he had hired 12 highly trained investigators from around the country to get to the bottom of what he labelled "political January murders” in Mpumalanga after a number of politicians were killed in the month of January.

Apart from Mohlala’s murder, former spokesperson of the department of sports, arts & culture Sammy Mpatlanyane, who was also vocal against the corruption in the building of the Mbombela Stadium, was killed the following year (2010).

People accused of his murder were released after the police star witness was declared a state patient who suffered from mental health issues and later died in the state mental health hospital.