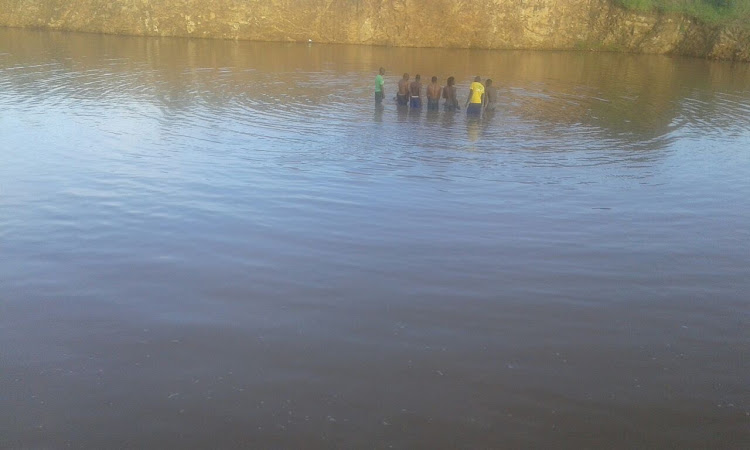 Men searching for the bodies of three women at a dam in Nkomazi, Malalane, Mpumamanga.
Image: MANDLA KHOZA

As the heat wave continues across the country, at least 15 people have drowned in Mpumalanga in December trying to cool off by swimming, with the latest victim being a five-year-old child.

Cooperative governance and traditional affairs MEC Mandla Msibi told Sowetan on Christmas Day that they are very concerned because the weather continues to be hot so people play around rivers and dams trying to cool off.

He said over 30 people had drowned in the province since January 2019.

“The number of drowning cases in Mpumalanga is now 15 since December. The latest victim is a five-year-old in Dullstroom. This is of serious concern as the figures of fatalities in water continue to rise.  One loss is one too many. The 15 for only December adds to make over 30 people since January who drowned either in rivers, flowing streams or dams in the province since the beginning of the year,” said Msibi.

He said the department had taken a decision that at least each municipality must have a swimming pool where swimming lessons should be taken, but also blamed alcohol usage.

“Besides swimming lessons we are urging the public to stay away from rivers, dams and places which are not designated for swimming because that is dangerous to their lives. You find out that people run to swim while under the influence of alcohol which hampers their judgment, leading to loss of life. Parents must help us and stop children from getting into swimming pools if they don’t know how to swim,” said Msibi.

He said a private company recently offered to conduct swimming lessons in Mbombela which will help the community.

“Actually they have started in other areas [as well]. We will inform each area if there are lessons in their area,” said Msibi.