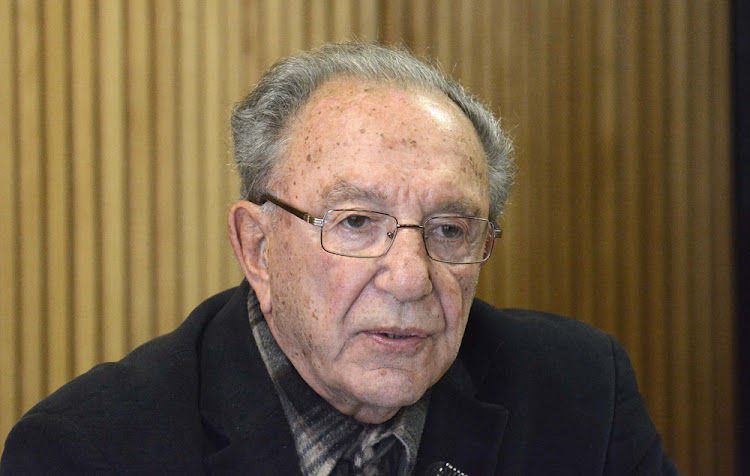 President Cyril Ramaphosa has described the late Ben Turok as a principled freedom fighter who was dedicated to non-racialism.

Turok died on Monday morning at the age of 92.

Ramaphosa sent his condolences to Turok’s family, describing the late professor as “the only surviving member of the original underground leadership of the South African Communist Party”.

“Professor Turok made enormous personal sacrifices which helped us attain our freedom. He was a principled freedom fighter, dedicated to non-racialism and the unity of our nation and of our liberation movement.  He was a true democrat and servant of our people who stood up to injustice, corruption and the abuse of public office both during our Struggle and into the democratic dispensation,” Ramaphosa said.

“Personally and politically, Professor Turok conducted himself strictly in accordance with the values of our democratic constitution and made invaluable contributions to debates on questions of national importance. He leaves a big void and an equally formidable legacy. He will be greatly missed.”

Turok was arrested in 1962 under the Explosives Act and was sentenced to three years’ imprisonment in Pretoria before being placed under house arrest.  He fled South Africa without his family and spent two decades in exile as a guest of several African states.  An outspoken economics professor, Turok served as a member of parliament from 1995 to 2014 – a period during which he distinguished himself as chairperson of the portfolio committee on ethics and members’ interests.

His son Ivan Turok described him on Twitter as a man who dedicated his whole life to fighting for freedom, equality and social justice.

“He was a loyal, lifetime member of the ANC, but retained an independent perspective throughout. He asked for his death to be marked by a private ceremony, rather than anything official or formal, in view of the present predicament facing the country. His wisdom and counsel will be sorely missed,” he said.