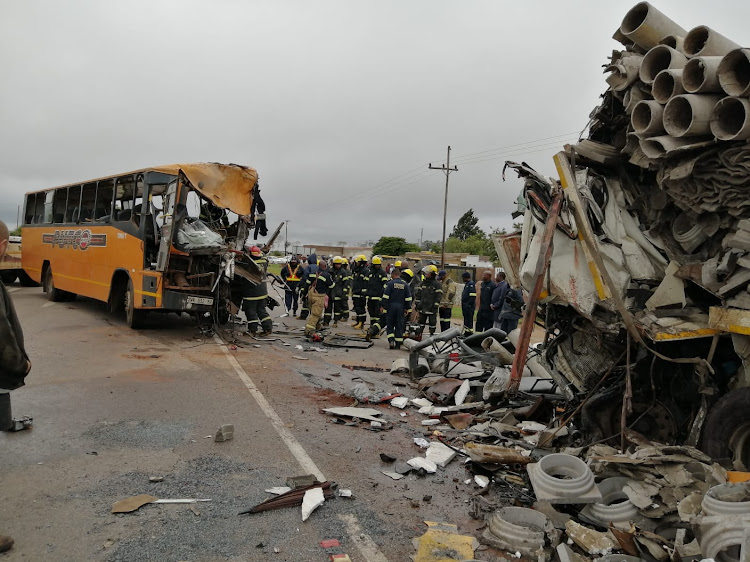 Two people have been certified dead and a dozen others taken to hospital after an articulated truck collided with a Putco bus on the notorious Moloto Road on Monday morning.

A stretch of the road around Moloto village was complete closed, with traffic redirected through the village from around 6am following the crash.

The road, parts of which are undergoing a multibillion-rand upgrade is notorious for fatal accidents, often involving Putco buses.

Mpumalanga MEC for community safety, security and liaison, Gabisile Shabalala, said in a statement that the two fatalities were a bus passenger and another person who was in the truck, who "died on their way to the hospital".

The injured were stabilised on the scene before being rushed to nearby hospitals.

The road remained closed at around 10am in the morning as emergency services personnel were still clearing the rubble on the road.