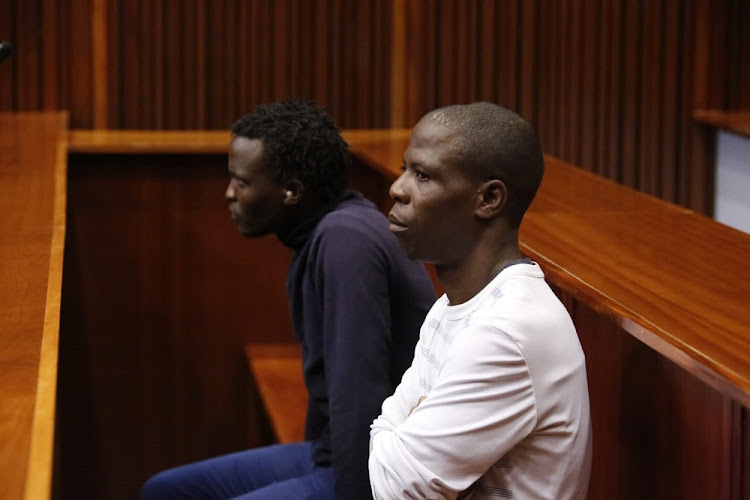 A  man convicted of the murder of a female pensioner told the Polokwane high court on Wednesday that if his mother were to be killed in the same manner it would be "God's will”.

Peter Selema was convicted for robbery and the murder of Veronica Sebopela,70, who was killed in her house in Malegale -Lekgwareng village in the Sekhukhune district of  Limpopo last year.

Prosecutor Lethabo Mashiane asked Selema  how he would feel if he received the news that his 69-year-old mother was killed by thugs because she also lives alone.

“I'm not going to get worried or say anything because that will be God's will,”  Selema said.

Selema told the court that  he did not want to be sent to jail because there is no one to look after his three children and his mother.

The state said Selema robbed Sebopela of her cellphone and strangled her to death in November 2018.

Judge Matsoro Semenya said the state had successfully proven beyond reasonable doubt that Selema was guilty of murder and robbery.

“The state relied on circumstantial evidence to prove its case because there was no eye-witness who gave evidence. It was the deceased 's cellphone which was found in the accused's possession.

The mother of a 14-year-old girl who was allegedly raped by a foreign shop owner says her daughter was given R5 for her silence.
News
2 years ago

“He led the police to where he had thrown away the phone without a sim card and claimed he was given it by the deceased in order to call him when she returns,” she said.

The court heard during the trial  that Sebopela, who was living  alone at the time, had employed Selema to plaster her house.

Selema told the investigating officer Capt Kgasago that he had killed Sebopela unintentionally  after she refused him home-brewed beer.

“According to the first statement you made, you told the investigating officer that you were plastering her house," the judge said.

“And later you drank two nips of beer and when you returned at night she refused to give you [more]. You pushed her down and when she reached for her cellphone you strangled her to death,” said Semenya.

Selema pleaded not guilty to all the charges.

A 20-year-old grade 11 pupil assaulted outside the school yard by three women for allegedly “wrecking a marriage” wants justice.
News
2 years ago
Next Article