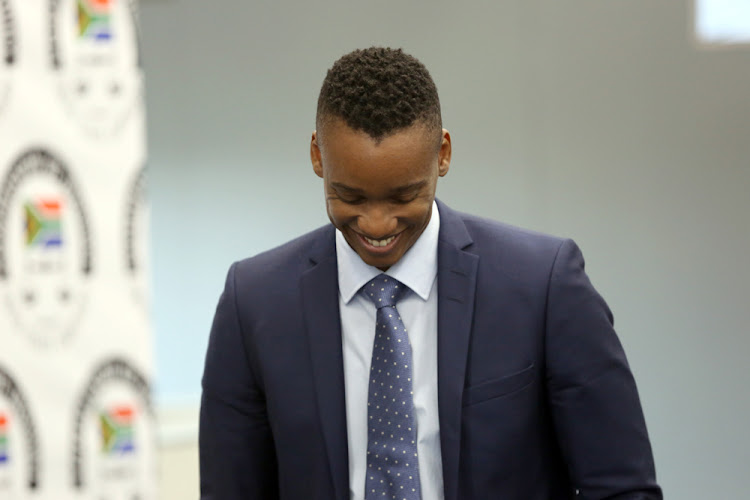 His father Jacob Zuma may have the ability to charm masses, especially in the ANC, but Duduzane Zuma’s charm, which he clearly got from him, goes beyond the ANC ranks.

Zuma junior had the audience and sometimes the chairperson of the state capture commission of inquiry where he appeared on Monday eating out of his hand.

His broad smile, well-groomed face, articulation, chuckles and jokes were unmissable when he testified.

He even had the evidence leader Phillip Mokoena laughing when he told the commission that his finances were sound when he met former Hawks head Johan Booysen in his white Rolls Royce in 2015.

“Not a black Rolls Royce but there a white Rolls Royce… at the time. I was doing well chair,” said Zuma whose chuckles infected both Zondo and Mokoena.

He also told the commission that he took Booysen to meet Tony Gupta because they were close and jokingly referred to him as his “guy”.

“Mr Tony Gupta is a business partner of mine. He’s also a very dear and close friend… the reason I’m pointing that out is because I spent a lot of time with him on a daily basis.

“[He was] more than particularly close. That’s my guy,” said Zuma to loud laughs.

Zuma cares about the environment and had it not been for the commission, many people wouldn’t know.

He threw a jab at the commission by saying, in not so many words, that claims made by former cabinet member Ngoako Ramatlhodi that he insisted on them meeting over rumours that he was badmouthing him, was not worth the paper it was printed on and negatively affected the environment.

“It’s an environmental issue because now we’ve spent the whole page printing a whole bunch of stuff that shouldn’t be here,” said Zuma.

Duduzane Zuma took to the stand at the Zondo commission on Monday October 7 2019. Zuma testified to his version of numerous events, including the infamous Oakbay meeting and his part in television station ANN7.