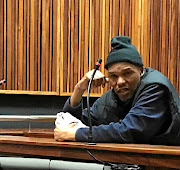 A 44-year-old Soweto man who shot and killed his wife has been sentenced to life imprisonment for the murder.

He was also sentenced to five years in prison for attempted murder of Alfred Mbuyisa and to another five years for attempting to murder his own son Mthunzi Mbuyisa.

In handing down the sentence in the South Gauteng High Court, sitting in the Palm Ridge magistrate's court, Judge Tony Thobane said Mdletshe showed no remorse or emotions. He said it was not surprising because he planned the murder and executed it.

"Mr Mdletshe, it is aggravating that you killed Nomsa in cold blood in full view of the public. Her life was taken needlessly and you've shown no remorse. Society must be rid of the likes of you who are perpetrators of extreme violence and are a menace.

"I am unable to record any mitigating circumstances. It is also aggravating that you tried to kill Alfred Mbuyisa and your own son Mthunzi Mbuyisa," Thobane said.

"The killing of women by partners occurs with frightening frequency. Gender-based violence and spousal abuse should be condemned.

"The crimes were carried out in a brazen manner in full view of the public. Mr Mdletshe showed lack of respect for the life of the deceased.

"The crimes were committed notwithstanding a restraining order prohibiting the accused from being in contact with the deceased. It is sad that we have come to accept that domestic violence is a permanent feature of society."

Thobane said Mdletshe probably felt threatened by Mbuyisa because she was working and provided for her immediate and extended family members.

"The accused was probably threatened and that led to him being controlling and violent towards the deceased."