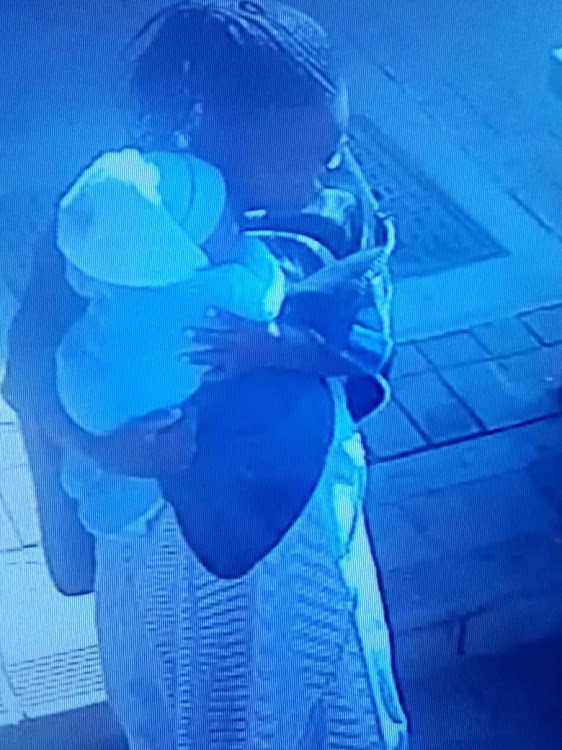 CCTV footage shows the kidnapper walking out with the baby
Image: Supplied

A three-month-old baby was abducted at about 10am on Wednesday morning at a clinic in Orange Farm.

An insider at the Stretford clinic told Sowetan that the baby's mother said a woman came to sit next to her.  They started a conversation and the baby began crying.

The mother said the woman offered to help calm the baby down. "This went on for about 15 minutes and the baby started to fall asleep. The mother of the baby asked to be excused and went to the bathroom," said the insider.

When the baby's mother came back, she realised that the woman had disappeared with her child and reported it to the security in the section.

The mother claimed she had never seen the woman before but trusted her because she had sat with her and another woman for over an hour.

"The woman told the clinic officials that the lady looked pregnant although she had told them she had a seven-month-old child," the insider said.