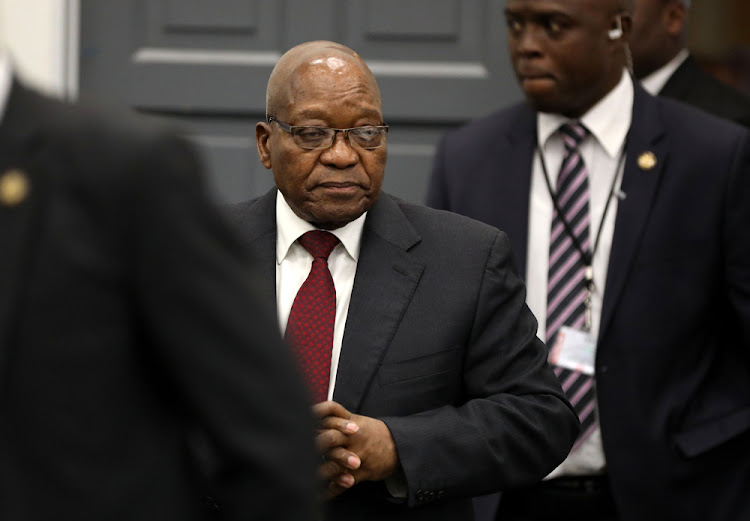 Former president Jacob Zuma has defended the ANC’s deployment policy, saying that no party would win elections and not have its own people in government.

Zuma said that a ruling party would seek to place people who are loyal and would enforce party policies in government. However, he said, loyalty was not the only criteria the party’s deployment committee considers when looking at possible employees. He said that qualifications and capabilities played a huge role.

“… the people [appointees] would be known within [the ANC] because of their profession or performance but also those are people who would implement the [party] policies appropriately and who might not be opposed to the policies that made the party to be elected to government,” Zuma said.

Zuma was speaking on his third day on the witness stand at the state capture commission in Parktown on Wednesday.

He added that no party would win elections and not deploy its own people as  appointing people from anywhere could allow in people who could sabotage it and cause it not to win the next elections.

“The party can’t just allow a situation where we take anybody, [from] anywhere that we have no knowledge of. Those people, including her [former public enterprises minister Barbara Hogan], are where they are because of their loyalty to the party. They believe in the policies of the organisation,” he said.

Zuma was extensively asked about the views expressed by Hogan in her evidence to the commission.

Hogan questioned the work of the deployment committee of the ANC, arguing that they could not have institutional knowledge that is enough for them to make decisions on who gets appointed into positions in government and state-owned-entities.

In her statement, she observed that after the 2007 Polokwane conference of the ANC, the deployment of comrades was used to reward loyalty to a certain faction in the party.

Her views were dismissed by Zuma as he argued that she might have had personal experience on the issue which made her hold such views.

“This would be her own views as an individual…There are ministers who serve there [deployment committee] who have institutional memory. It is not a correct argument that she is putting. She is just putting her view,” Zuma said.

Zuma said that the deployment committee of the ANC did not appoint people but made recommendations to ministers, the cabinet committee and the cabinet which ultimately made the final decision.

In her evidence in November 2018, Hogan said Zuma insisted on the appointment of tainted Siyabonga Gama as Transnet’s group executive.

Hogan said after an extensive process, Transnet’s board recommended Sipho Maseko - who at the time was CEO of BP South Africa.