Malema to take validity of Riotous Assemblies Act to ConCourt 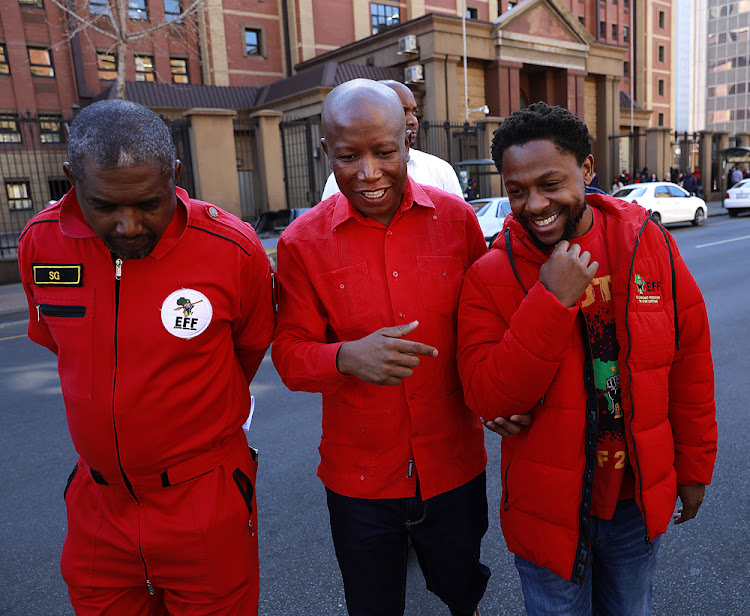 EFF leader Julius Malema has remained defiant despite his application to challenge the constitutionality of the Riotous Assemblies Act being dismissed.

Malema was charged with violating the act on at least two occasions - in Newcastle in KwaZulu-Natal and in Bloemfontein - when he urged supporters to invade vacant land.

“We are happy that we are given the second prayer of section 18 (b) [being] unconstitutional," Malema said. "The biggest bone we would have wanted was for the Riotous Assemblies Act to be declared unconstitutional in its entirety because it has no place in a democratic South Africa.”

Malema was speaking to the media at the North Gauteng High Court in Pretoria shortly after judgment on his application to declare the act unconstitutional was handed down.

Malema said the Riotous Assemblies Act was passed under the apartheid regime to oppress black people and it should never be tolerated under a new democratic dispensation.

The high court found that Malema’s utterances were partly unconstitutional as they incited criminality.

Malema faces charges of incitement in relation to four incidents, including allegedly telling supporters in 2014 in the Free State to "be part of the occupation of land everywhere else in SA", and in 2016 in KwaZulu-Natal, where he allegedly said: "If you see a piece of land, don’t apologise, and you like it, go and occupy that land. That land belongs to us."

Yesterday, Malema said: “With regard to the Trespassing Act, we will - like the court said - it’s a point to be argued in the lower courts if the charges against us continue. So, we are appealing directly to the Constitutional Court because by referring section 18. 2 (b) for confirmation, we have one leg inside the Constitutional Court. We just have to ask the court to bring both legs in and argue that matter directly,” he said.

Malema filed an application in the high court in December, challenging the constitutionality of the laws used to charge him.

Malema argued that the act was apartheid-era legislation which did not belong on the law books.