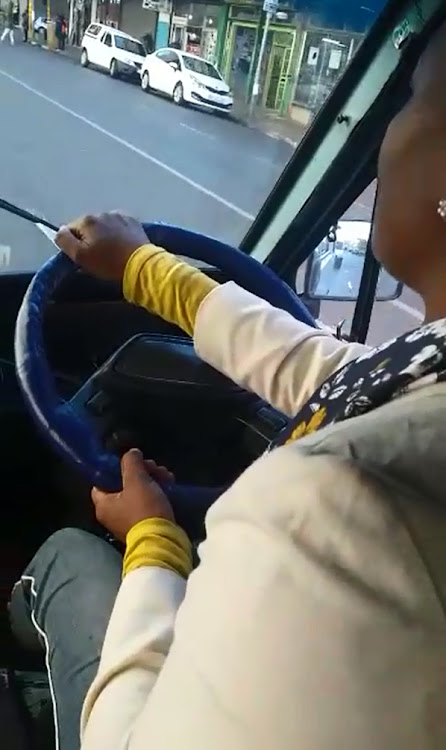 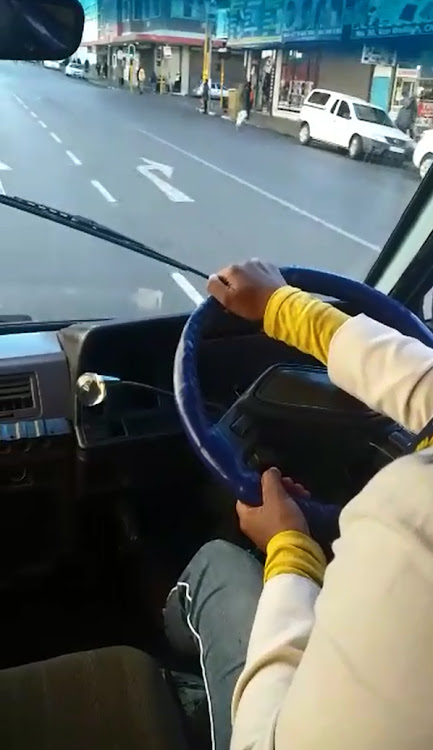 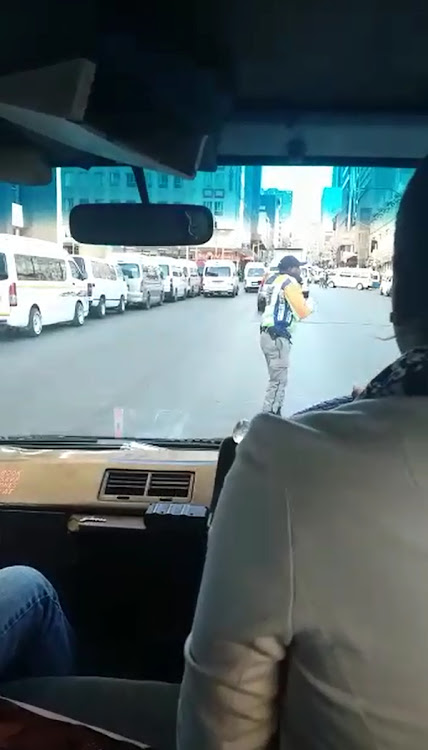 A passenger had to make a hasty decision to chuck off her high heels and take over the driving of a taxi after the driver was allegedly pepper sprayed by a metro cop.

Tshepiso Shongwe told SowetanLIVE that she was in a taxi on the way to Noord taxi rank earlier on Wednesday morning when the driver made an illegal move into oncoming traffic.

“We were stopped by metro police but because the driver started fighting, then he got pepper sprayed,” she said.

Shongwe, who was on her way to her job at a bank, said all the passengers had to evacuate the taxi.

“Another taxi driver came and offered to take us to Noord but he wanted us to pay,” she said.

The 35-year-old mother of two, who holds a code 14 driver's licence, said all the passengers complained until the pepper-sprayed driver asked if someone could drive the taxi.

“I decided to drive the taxi but it’s a skorokoro and had to have him help me drive by changing the gears,” she said.

In the video that is making the rounds on social media, the driver can be seen writhing in pain in the passenger seat.

“I didn’t want to show my fear because people were depending on me. But people started saying ‘sho't’left’ and getting off the taxi as usual,” she said.

Shongwe received R20 from the taxi driver as a token of appreciation after they reached their destination.

Ralph Jones Chairperson for the Johannesburg Region of SANTACO said they were not aware of the incident.

"We are not aware of this video but it is scary if Metro Police can come and pepper spray our drivers. If he did something wrong then they should have given him a ticket or arrested him. I have never heard of such a thing before where a passenger drives. If she does not have a PDP then something worse could of happened. We will look into it," he said.

Metro police spokesperson Chief Supt Wayne Minnaar said that he was not aware of the incident but would look into it. "If the person who was driving the taxi does not have the relevant documents to drive, then that would have been illegal and we will have to investigate. I don’t see how the police would have let her drive without the documents."

"The JMPD thanks Sowetan for bringing this to our attention and it will be referred to internal affairs for investigation," he added.