Soweto hospital evacuated after fire breaks out in building 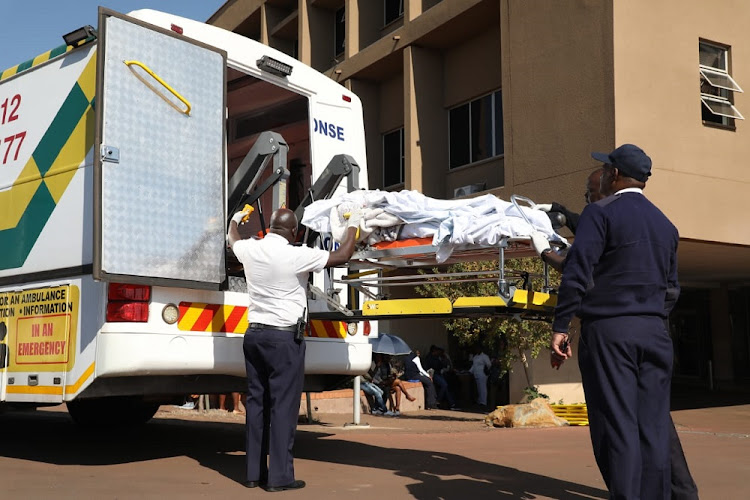 Patients at Bheki Mlangeni Hospital in Jabulani, Soweto were this morning transported to surrounding hospitals after a fire broke out on the first floor, Human Resource office in the hospital. Patients were all evacuated safely.
Image: Thulani Mbele

The Bheki Mlangeni Hospital in Soweto has been evacuated after a fire broke out in one of the rooms at the facility's administration block on Monday morning.

Some patients were transported by EMS personnel to other facilities, including the Chris Hani Baragwanath Hospital in Diepkloof, while others were still being loaded into buses.

Patients were seen sleeping on their hospital beds which had been placed along the hospital's parking area while others were sitting on chairs while being assisted by medical staff.

A male patient with a drip attached to his hand told Sowetan they were woken at around 6am. "There was a lot of smoke," the man said.

The man, who had been admitted at the hospital since last week, said he was not too concerned because there was no visible flame.

A 25-year-old pregnant woman said she was a afraid when she heard about the fire.

"I was scared. They said we must come out because there's a fire," she said.

The woman said there was chaos with nurses trying to assist patients and remove newborn babies from the wards.

"We are thankful for the nurses because they were trying their best to help everyone," she said.

The department of health in the Free State came through for hospital patients yesterday and made it possible for them to be part of the 2019 general ...
News
3 years ago
Next Article