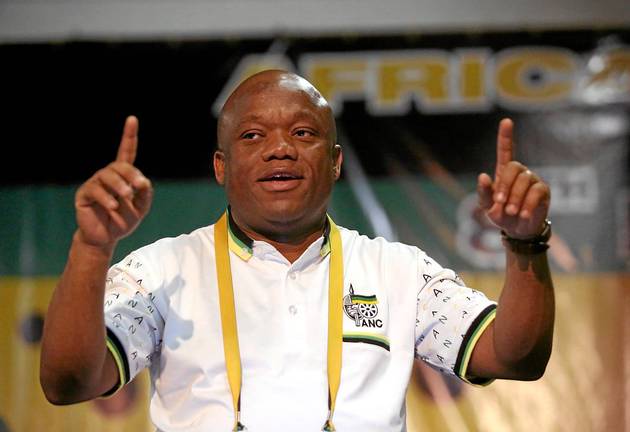 KZN premier-elect and ANC provincial chairman Sihle Zikalala has rejected as fake an audio clip in which his name is mentioned in a discussion about the arrest of Durban mayor Zandile Gumede.
Image: Thuli Dlamini

KwaZulu-Natal premier-elect Sihle Zikalala has distanced himself from an audio clip which purports that he knew in advance about the arrest of eThekwini mayor Zandile Gumede.

In the audio clip - which is being circulated on social media - two men, one of them allegedly a Hawks investigator, claims to have telephoned Zikalala requesting a meeting about Gumede's arrest.

Zikalala is the ANC KZN chairman and has been nominated to be the provincial premier following last week's elections. He is currently the MEC of economic development.

eThekwini mayor Zandile Gumede is expected to hand herself over to the Hawks and appear in the Durban Commercial Crimes court on Tuesday on a raft of ...
News
3 years ago

In a statement issued by his office on Wednesday, Zikalala rejected the audio clip as an attempt to create the impression that he knew about Gumede's arrest.

"I take serious exception to anyone suggesting that I have had any prior knowledge of any arrest. It is very clear that some rogue elements are now involved in a campaign to distract me from carrying out my responsibilities.

"I have instructed my office to hand over the audio clip to law enforcement agencies and cyber experts for investigation. We need to establish the identity of the voices behind the conversation and reasons behind such unfounded allegations," said Zikalala.

He added: "I want to assure the people of this province and the country as a whole that our main focus at the moment is on establishing the government of the people. On May 8, millions of people celebrated the opportunity to elect the party of their choice to lead the government that represents their aspirations. We don't want to betray the trust of those who voted as they are waiting for service delivery."

eThekwini mayor Zandile Gumede will not spend a night behind bars after she was granted R50 000 bail following her court appearance on charges ...
News
3 years ago

On Monday, Zikalala was recommended as premier by the party's national executive committee, the ANC's  highest decision-making body, after meeting in Irene, east of Pretoria.

After his nomination, Zikalala said he would reflect foremost on the 10 percentage point  drop in support the ANC suffered in the province.

In the more than four minute audio-clip, the two unidentified men are heard discussing at length Gumede's arrest in Zulu. They even claim that it was supposed to have taken place before the elections, but that a deal was struck that she be arrested after the vote.

One man, purporting to be a Hawks investigator, is heard saying: "Simbambe la emncane khona", which, loosely translated, means "she has no escape route now".

He goes on to say that Gumede does not have any support now, to which the other one says she knew the investigators were waiting until after the elections to arrest her.

The alleged Hawks investigator then replies that Gumede was supposed to have been arrested last week but "we thought that they would think we’re playing politics, but we're not playing politics and decided to leave her".

He goes on to say that some municipal councillors would be arrested soon.

He then drops a bombshell, saying he had allegedly discussed Gumede's arrest with Zikalala the previous day, telling him that they needed to meet. He describes Zikalala as his close friend.

Then the other man interjects and says Gumede and Zikalala belong to the same ANC camp, which is disputed by the other person.

He claims that Zikalala was instructed by President Cyril Ramaphosa to deal with divisions within the ANC if he wanted to be premier.

The other man also claims to have worked for Integrity Forensic Solutions, the company which compiled the hard-hitting forensic report which informed the Hawks investigation into Gumede's alleged wrongdoing over a R208m tender.

Gumede, who is the ANC eThekwini regional secretary, appeared in the Durban Commercial Crimes Court on Tuesday, alongside eThekwini municipal councillor Mondli Mthembu and service provider Craig Ponnan on fraud and corruption charges relating to  a R208m Durban Solid Waste contract awarded in 2016. They were granted R50,000 bail each.

The trio, together with nine other suspects who were arrested two weeks ago, are due back in court on August 8.

SA Police Services in Durban prevented the media from photographing eThekwini mayor Zandile Gumede at the Durban Commercial Crimes Court on May 14 2019.