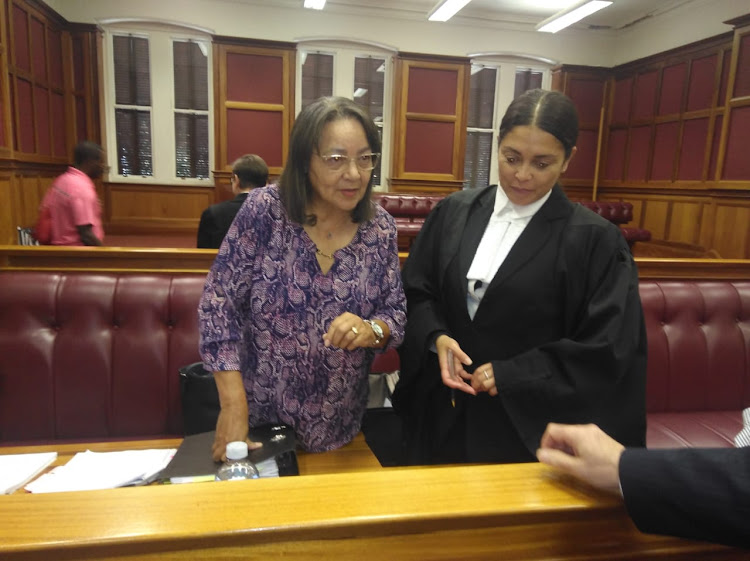 The high court in Cape Town has given Patricia de Lille a good law lesson.

The Good leader launched an urgent application this week to interdict the DA from telling voters it dismissed her as mayor of Cape Town.

This followed a ruling by the Electoral Commission (IEC) on April 15 that the DA had breached the Electoral Act by instructing  call centre operators to tell the voters De Lille had been fired.

According to De Lille, the IEC ordered the DA to "desist from using the script and to apologise to me within three days".

She said she approached the high court because the DA ignored her request for an undertaking that it would stop using the script until a court had confirmed the finding. The DA has taken the IEC's decision on review to the electoral court.

On Friday, the high court found that De Lille's application was not urgent and postponed it indefinitely, saying the electoral court was better placed to hear the matter.

However, De Lille told supporters outside the court that the decision was actually a victory. 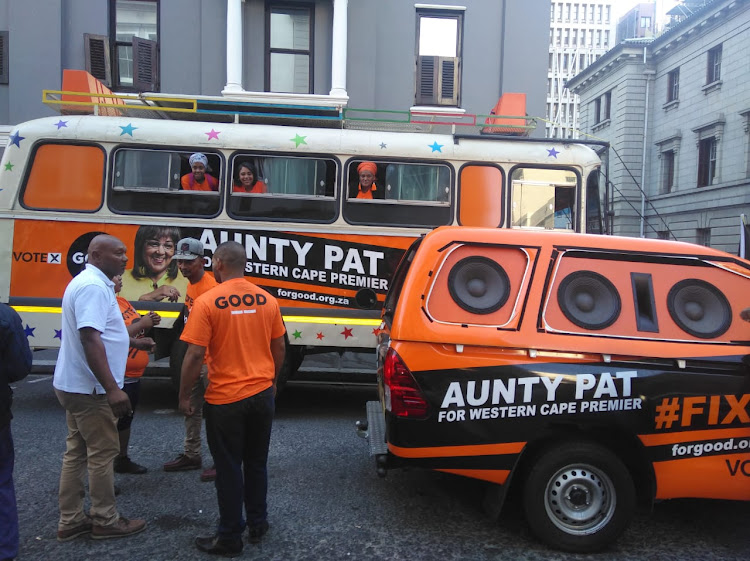 Good members came out to support party leader Patricia de Lille in her legal battle with the DA on April 26 2019.
Image: Philani Nombembe

"I am very happy with the ruling this morning because it confirms that the DA are a bunch of blue liars,"  said De Lille to screams and applause.

We’re happy that the court had read the papers & today understood the context of the case. The judge was clear that the IEC is a constitutional structure & that the IEC made a finding that the DA’s statements are false. That finding stands. The DA are still blue liars. pic.twitter.com/ofk46B6Ug1

"They are not people of principle, they don’t have any values and they are exposed to the whole of South Africa that they are a bunch of liars. So I am happy."

She tweeted: "We're happy that the court had read the papers & today understood the context of the case. The judge was clear that the IEC is a constitutional structure & that the IEC made a finding that the DA's statements are false. That finding stands. The DA are still blue liars."

In a statement, the DA said the court's decision vindicated its stance on the saga.

"De Lille has tried three times to bring an urgent motion before the high court and all three attempts have failed,"  said Mike Moriarty,  who represents the DA at the IEC.

"We stand by our position that Ms De Lille jumped before she was pushed  and that she faces criminal charges for a variety of wrongdoing during her tenure as mayor. We are glad she is no longer part of the DA. We are focused purely on delivering change that builds 'One South Africa for All' and will not be distracted by this one-person revenge project."