Baggage theft is down, insist airport officials despite new complaints 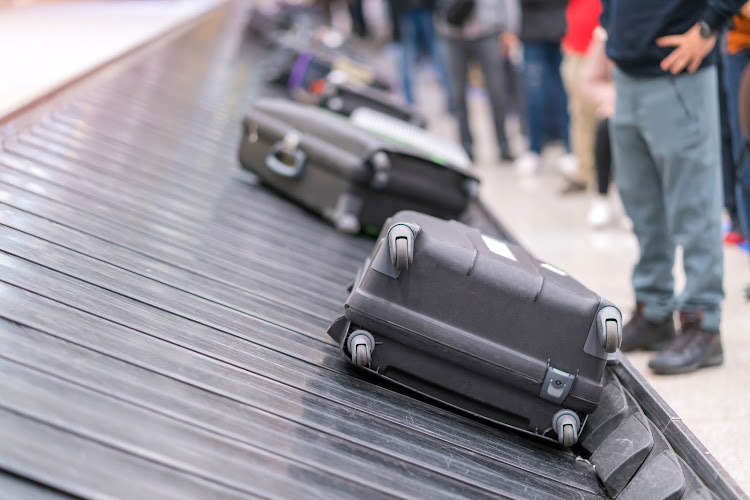 Media celeb Anele Mdoda’s tweet this week about her bag being broken into at Johannesburg’s OR Tambo International Airport sparked a wave of “Me Too” baggage tampering stories, but airport officials insist that the problem is not escalating.

In fact, said ORT airport general manager Bongiwe Pityi-Vokwana, there was a reduction in baggage tampering at the airport last year.

Among airports globally, mishandled bags - including pilfering – are measured by the number of reported incidents per 1,000 bags scanned, the standard being that it should be no more than 4-per-1,000 bags handled.

"At peak travel time there could be a perception of an increase in incidents, and this is further amplified when a well-known person is the victim of baggage tampering or theft," Pityi-Vokwana said.

"But we still very much appreciate that baggage tampering and theft causes inconvenience and anger among victims."

The case of 23-year-old student Fayrooz Saleh - who was caught with US dollars worth over R9m was concluded in the Kempton Park Magistrate’s Court ...
News
2 years ago

It's true that the issue tends to grab pubic attention during the two peak holidays - Christmas and Easter.

Last December anti-crime activist Yusuf Abramjee raised concerns on social media about baggage tampering at ORT and called for "urgent interventions", and transport minister Blade Ndzimande asked his department to urgently look at complaints of bag tampering and theft at the airport.

Domestic budget airline FlySafair even pledged R100,000 towards finding a way to stop criminals in airport baggage handling systems from helping themselves to passengers’ belongings. "It’s a huge problem which we have tried to address from multiple angles with no success," the airline said at the time.

FlySafair spokesman Kirby Gordon said this week that no stakeholder had taken the airline up on its offer.

"But this Easter does seem to have been better (with regard to baggage tampering incidents) than Christmas," he said.

Luggage manufacturer Samsonite SA said its Joburg repair centre processed 150 repairs a month, 70% of them being due to "luggage mishandling, breaking into cases and abuse by the baggage handlers/airlines".

Comair said on Wednesday it would be heading to the Labour Court to stop some employees from downing tools ahead of the Easter rush.
Business
2 years ago

Of course, not every victim of baggage tampering reports it to the airline.

OR Tambo International responded to Mdoda’s "Those rodents at OR Tambo broke into my bag" tweet on Tuesday by urging her to report the incident "without delay to ensure a proper and timeous investigation into the matter."

Mdoda responded by saying she had had to be somewhere and didn’t have time for that.

Olwethu Leshabane tweeted: "Happened to me so many times and it’s not worth the reporting, police affidavits, bag repair nonsense and round robin they take you on. So I wrap all the time now."

As for what measures had resulted in a reduction in baggage tampering incidents, Pityi-Vokwana said the airport couldn’t disclose these "due to security protocols and our desire to keep ahead of the inventiveness of the criminal mind".

"But we can confirm that the formation of the baggage reaction unit at the airport was an important factor in reducing reported baggage incidents by about half when compared to the figure for 2017 and previous years."

DA leader Mmusi Maimane has been asked to reconsider his party's position against naming Cape Town International Airport after Winnie ...
News
2 years ago

What you can do

Asked what passengers could do to minimise their chances of having their luggage pilfered, Pityi-Vokwana said the most important thing was to heed the airlines’ warning not to put items of value "such as a laptop, tablet, watch or jewellery" to succeed into checked-in baggage.

Airlines report that the most popular item pilfered is high-end perfume, followed by cellphones and branded clothing, and social media posts bear that out.

Two days ago, high-profile medical doctor Sindi van Zyl tweeted: "Not packing any perfume in my luggage or toiletry bag ever again. Heartbroken about my two bottles that were stolen from my luggage."

Samonsite SA said zips were the weak spot on any piece of luggage.

"Opting for a three-point locking system instead is the safest option."

Many people are opting for wrapping their suitcases - a service offered by a private company at all major South African airports - but ironically, some people damage their luggage when attempting to remove it.

"They cut into the material of their soft cases by mistake when trying to cut that wrapping off," said Samsonite SA’s marketing head Sarah Pitman.

"We suggest buying a luggage cover instead, which performs the same role as wrapping your case would, but is much easier to remove."

*ORT introduced a new rule about irregular shaped baggage last month. If your bag has long straps, or doesn’t have a flat surface, it won’t be checked in.

Guys OR TAMBO doesn’t care! We went on vacay as a family for a week in CPT, parked our car at the garage when we came back the wheel caps were all GONE! Opening a case and requesting to view footage WAS A TASK & a HALF TELL YOU.

My bag was also broken into this morning, @ortambo_int you need to do something about this.... it’s ridiculous

haai suka investigation my foot....ur employees are thieves qha....I've had my luggage broken into 6 times they even cut those cable tiers u provide! discipline ur staff....