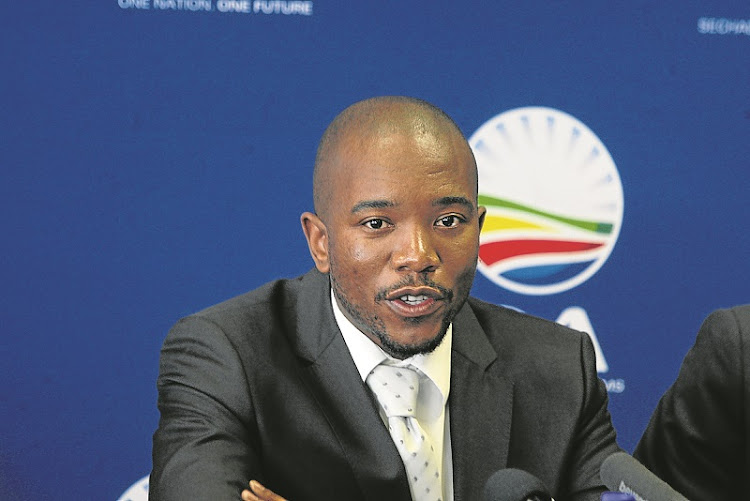 Several senior members of the Democratic Alliance have considered breaking away to form a new party because of disputes about its policy direction, according to people familiar with the matter.

Some officials are concerned by the adoption of policies that shift it away from its liberal roots ahead of national elections on May 8, including a "Secure our Borders" campaign that analysts say is a populist appeal to widen its support base. Other disagreements include how to handle the issue of black economic empowerment (BEE).

They have held talks about securing funding for the new party, said one of the people, who asked not to be identified because the negotiations are private. The plans were put off until after the election because of concern that there wasn’t enough time to mobilise sufficient support, and there is a strong chance that the group will decide to press for change from within the DA instead, the person said.

Speculation of a split is wrong, said party leader Mmusi Maimane, in a March 18 interview.

DA leader Mmusi Maimane took to Twitter on Wednesday to accuse President Cyril Ramaphosa of being scared to take him on in a pre-election debate.
News
2 years ago

"I dismiss that completely. The DA is a growing organisation. Along the way there will be people who want to hark back and already we are seeing that," he said.

"For me the great difficulty is you get four or five people who speak to the media and seek to propose that they are splitting away from the DA and suddenly the DA is falling apart, which is a false narrative at its best."

While the DA has expanded its support steadily from its predecessor Democratic Party’s 1.8% of the vote in 1994 to 22.2% in 2014, and it now controls the country’s two biggest cities (including the capital) through coalitions, it may be set for its first post-apartheid decline. In a poll released last month, Ipsos predicted the DA would get 18% of the vote and the ruling African National Congress about 60%.

Tony Leon, who headed the DA until 2007, said on radio station 702 that Maimane will need to lead the party to a better performance than in the past election, given "the past five years of horror" under the ANC government. If he fails, questions will be asked of his  leadership, said Leon.

"Sometimes their growth strategy is not in line with the core values of the DA," he said

With only two weeks to go before the election‚ there are still unanswered questions about the people voters will actually be electing.
News
2 years ago

A source said that some in the DA, including leaders who had defected from the ANC, are less focused on policies than on countering corruption with which the ruling party has been associated.

A messy public dispute with Patricia de Lille, who has formed her own party after being ousted as the mayor of Cape Town, highlighted infighting within the party in its stronghold, Western Cape.

Small breakaway parties generally struggle to make an impact and this may encourage dissatisfied officials to stay within the DA and fight for their ideals, said Mathekga.

"It's quite painful to be a small opposition party," he said. "What you are most likely to see is a long, drawn-out battle for the soul of the party."