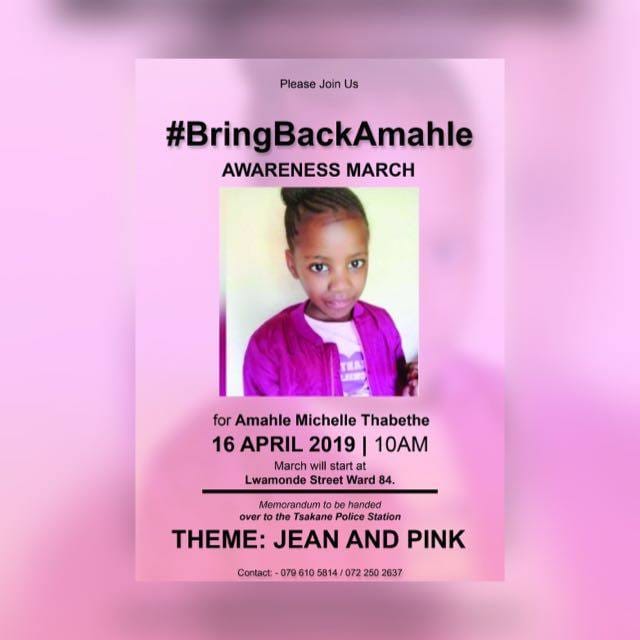 Amahle Thabethe was playing in the street with other children when they were allegedly approached by a man wanting directions.
Image: Supplied

A march has been planned for Tuesday to raise awareness of the disappearance of an eight-year-old girl from Tsakane in Ekurhuleni.

Police spokesperson Sgt Lerato Mngomezulu said that at the time of her disappearance, Amahle was playing in the street with other children when they were allegedly approached by a man asking for directions.

The other kids ignored the man, but Amahle was willing to show him where he said he wanted to go, said Mngomezulu.

She was last seen walking away with the man.

Amahle's mother, Nokulunga Olga Nkosi, said the girl was wearing a white, long-sleeve T-shirt with vertical black stripes, together with a pair of blue jeans adorned with silver hearts. She was walking barefoot and has dreadlocks.

Cops say child is not abducted
News
3 years ago

A search operation has been launched by family, community members and police for an eight-year-old child who has gone missing in Tsakane, Ekurhuleni.
News
3 years ago
Next Article