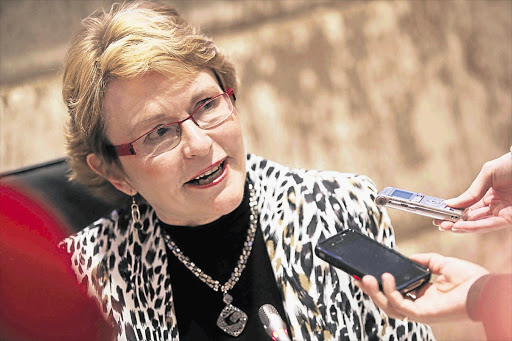 Western Cape Premier Helen Zille has lashed out at hundreds of ANC supporters on the West Coast after they booed her at a government function on Saturday.

During the introduction of VIPs, including President Cyril Ramaphosa, at a land restitution ceremony in the small town of Ebenhaeser, Zille was jeered by those wearing ANC colours.

Before delivering her prepared speech, Zille spoke off the cuff and read the riot act to ANC supporters.

"This is a state function, paid for by the taxpayers’ money, said a visibly irritated Zille as some sections of the marquee continued to heckle her.

"It’s not a political rally. I know most of you are also on your way to an ANC rally in Citrusdal.

"You can have your rally there, not here. I will say this anytime and again and again because it’s a foundational democracy, the separation of the party from the state."

Ramaphosa is on the West Coast to hand over title deeds to the community of Ebenhaeser following a successful land claim to 53 farms comprising 1,566 hectares of commercial wine farming land.

The descendants of the Khoi and the Griquas were forcefully removed from the lucrative farms in the 1920s.

The comment made by Western Cape premier and former DA leader has rightly been met with disapproval.
Opinion
3 years ago
Next Article