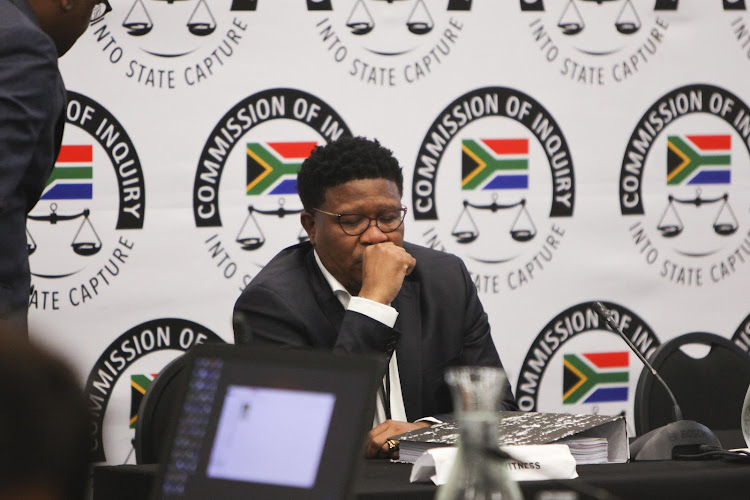 ANC head of elections Fikile Mbalula has claimed that nobody in the ANC's national executive committee (NEC) backed him up when he admitted in a 2011 meeting that Ajay Gupta knew about his cabinet appointment before then president Jacob Zuma made the announcement.

Testifying at the Zondo commission of inquiry into state capture on Friday, Mbalula gave evidence regarding what occurred at an NEC meeting in August 2011, about 10 months after he was appointed minister of sports and recreation.

Mbalula said he told the meeting that he had received a call from Ajay Gupta congratulating him on his appointment days before the official announcement was made. He reiterated this claim before the commission on Wednesday.

ANC elections head Fikile Mbalula told the state capture inquiry on Friday that the looting of state resources is "against the purpose of why people ...
News
2 years ago

"I raised the Gupta issue in the meeting of the NEC. As you would have known, the matter was all over the place. Everybody was talking about Guptas this and that, and the influence they are exerting on the leadership of the ANC …

"I received a call from Ajay Gupta, where he congratulated me before I was even appointed as a minister. I didn't know I was going to be appointed as minister of what," Mbalula told the commission.

"He [Ajay] gave me a call, it was in the evening. I was at a friend's place. He congratulated me and said, 'Congratulations minister of sports and recreation'. After that all he then went to talk further. I don’t recall what he talked about … I froze, in a sense, because I was taken aback ... I just said, 'Huh?'," Mbalula said.

After he raised the issue in the NEC, he said he was called to numerous meetings with the Gupta's, one of which was at the family's Saxonwold home.

"Because of my stance on the Guptas as a minister of sport, they didn't like it," Mbalula said, recalling the meetings with Ajay.

The ANC’s election head says that when he raised the issue in the NEC, people looked down and kept quiet, but the party later condemned the issue
News
2 years ago

He emphasised that nobody in the NEC backed him up when he made the claim.

"Many people, they were bowing, looking down, and then you could hear the drop of rain or whatever in the meeting. It became quiet. People were shrinking in their chairs and others came after to give me a pat on the back ... It ended there," Mbalula said.

Mbalula said one member rubbished his claim, while Zuma did not react.